Important disclaimer: I am speaking here in my personal capacity, not as DigiCon co-founder. These views are mine and mine alone.

After a lot of back and forth, it is now official: Elon Musk has bought Twitter. The company’s CEO and Head of Trust and Safety (= content moderation chief) have been fired and change is already happening on different fronts. This includes the creation of a Content Moderation Council responsible for revising key content moderation (a sort of really non-accountable Oversight Board) and the reinstatement of banned accounts, previously excluded based on content moderation decisions of the past.

Musk’s entire idea for a new Twitter is aptly summarized in his own words:

The entire acquisition process and these latest decisions have left many suspicious of Musk’s intentions for the company, namely on what content moderation would look like should that occur. Many are now asking: is Twitter becoming a Wild West of Content?

It is obviously impossible to accurately predict what Elon Musk will do with the company’s approach to online speech. He might adopt a more relaxed approach, intervening less in cases where legality is not clearly at stake (e.g., health disinformation) or tone down on political censorship, even when those views are racist or xenophobic. He might immediately reinstate Donald Trump to the platform. He might allow extremist right-wing groups more freedom to group and share ideas. Such change would still fly in the U.S, where platforms continue to primarily benefit from constitutional and statutory provisions that render liability for user-posted content difficult (if not impossible) to ascertain. It would, however, hardly pass the European barrage of legislation, from the series of co-regulatory efforts in which Twitter is involved (namely two big codes of conduct on hate speech and disinformation) to legislation on copyright (remember article 17?), national speech laws, or the newborn Digital Services Act.

Indeed the European approach was reinforced by Commissioner Breton, responding to Musk:

So when people ask me: is it likely for Elon to establish a Wild West of content once he acquires Twitter? I always respond: he might try, but he would unlikely succeed in Europe. However, I always follow up: but that is not the most crucial question.

2. Now to the interesting question: from platforms to protocols?

A perhaps more interesting point is what could we do if he chose to do it. Now, I want a more complex answer than Mastodon or #TwitterMigrate. I want to ask the more profound question: is there a solution to the dictatorship of centralized content moderation?

The answer: there is, but it is not easy.

Less than two weeks ago, the Bluesky project (initially funded by Twitter in 2019 and Jack Dorsey’s view for the company’s future) achieved a landmark point: they launched the final version of a social media network protocol called AT, the Authenticated Transfer Protocol. The idea of the protocol is to create a federated social network in which users/businesses can develop their own applications with different rules and many choices. It would separate content management (both moderation and curation, or only one of them) from host platforms. For those old/geek enough, it does resemble Usenet times, albeit more complex.

The idea of protocols might be a good one, but it is certainly not new. Protocols are all around us. When you send an email, the application (Gmail, Hotmail, etc) is built on an ancient agreement called the SMTP protocol. Usenet – that good old thing – used a protocol itself called the Network News Transfer Protocol (NNTP). The entire world wide web – the Internet you see and love – is built around the famous HTTP protocol. These standards fostered the growth and expansion of the Internet. They were very needed at a time when social companies had not yet taken over the Internet. They are the clay that applications use to do beautiful things across the network, working as the backbone in which creative and visually stunning businesses can happen. Most of us are never in contact with them, as we stick to the Internet final application layer (see below). However, they are essential to ensure that the machine keeps working and that those beautiful social media platforms keep running their businesses.

The problem with protocols in the 1990s was simple: how do you monetize them? They were simple agreements that served as loyal servants to other apps; they were not themselves the product. When Web 2.0 took off, companies like Facebook or Google were all using the same protocols as everyone else. This was until they decided that it was better (= more profitable) to generate their own, walling that part of the Internet from other applications. Reddit, for example, is close to Usenet in terms of its goals and ambitions. The crucial difference: nobody can build a new application on top of Reddit’s protocol; they are a company, not a standard.

The question around Twitter is then: why would a company that has established a lovely and semi-profitable walled garden like Twitter revert back to the 1990s? Why is that even a solution?

This is because moderating content in a centralized manner is a double-edged sword for the company. On the one hand, in any informational capitalist model, as a company, you want to be able to curate content as you please. This allows you to tailor-make your users’ experience and cluster them in ever-increasing targetable groups, which you then sell in aggregated data to advertising companies. On the other hand, moderating content requires a constant effort to fail less (you will always fail). Online speech is as tricky as actual speech. It is complex, multilayered, and subject to interpretation and context. You can hash parts of the bad stuff like copyrighted material and child pornography, but you will have a harder time with nuanced content such as hate speech or disinformation. When things finally go wrong – which they always do – who is there else to blame other than you, the centralized platform that allowed all of this to happen? It is not only a matter of liability; it is a matter of reputational damage.

3. The future of social networks: middleware

This is where protocols are suddenly appealing once again, even potentially for companies. Some authors have suggested such a path to transforming how we approach content moderation and social media platforms. It could be a potential ‘magic’ solution to some of the worst content moderation problems. Fukuyama calls it the ‘middleware companies’ solution, while Daphne Keller focuses on ‘magic APIs’. Some prefer the simple idea of protocols in which new companies would be built, while others focus on the matter of open algorithms. They are all iterations of the same idea: to separate platforms from content curation and/or moderation.

Instead of having a centralized platform doing all the content moderation and curation, a secondary market would be created in which novel companies could establish their content apps. This could be targeted at both content moderation (searching for nasty stuff) or simple content curation (prioritization and selection). Imagine toggling different options on your Facebook/Meta or Twitter feeds, choosing the type of curation you would get. With a click, you would only get those users that worship food, your feed becoming high-end cuisine. Then you turn that off only to click on ‘Sci-Fi content’, now blasted with my friend and DigiCon co-founder Yeliz Döker’s artwork. Another click and you get reliable health information about the new pandemic. These new middleware companies would compete in what Cory Doctorow called ‘adversarial interoperability’, something that largely benefited the walled gardens of the present. A competition for the best algorithm or the best application, all under the same protocol umbrella. In the same way some of us have Gmail and others Hotmail, we could have different applications to curate our feed. It would still be Facebook, just organized following our choices.

Now, there is a tone of problems with this (yes, data protection friends, I know). I will discuss those in another post, but Daphne has already spotted them. First and foremost, there is the problem of who controls the nasty stuff, namely whether we leave it back on the original platform or if the new layer would address it. Then the obvious business model question: how does everyone make money out of this? Finally, what about data management? Transferring all of that centralized data to multiple companies is a complex (and risky) business. I wish to address all of this in a follow-up post.

Still, we must seriously start speaking about this possibility on the edge of having Twitter as a free for all. We must gather the best brains worldwide and create a working solution that restores the Social Internet to higher levels of trust and decentralization. As Musk seizes control of Twitter and turns it into his own speech political project, it is time to discuss the entire model of centralized content moderation and replace it with user choice and power. If not, more and more Musks will infest public spaces rendering them unlivable. We will go from public squares to corporate towns, where freedom will become whatever the board chooses to be. 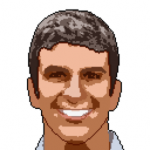