This post is not an official editorial position. We nevertheless welcome the author’s contribution and encourage further posts probing the meaning of digital constitutionalism and its limits as an analytical approach and/or ideological programme.

The term ‘digital constitutionalism’ spans a range of research discussing constitutional rights, principles and values in digital contexts. Some of it is primarily descriptive, analysing aspirational ‘internet bill of rights’ projects or the EU’s platform regulation programme, while some is explicitly normative, aiming to chart an agenda for technology governance. Some is in between: it’s often unclear to what extent authors describing digital constitutionalist projects and ideologies are also endorsing them, and which particular variations they favour.

Moreover, digital constitutionalism can’t be politically neutral. Any principles and proposals for accountability in the tech industry carry implicit or explicit assumptions about how and by whom that industry is governed. If implemented, they will have distributional effects, empowering some and disempowering others. Thus, I conclude by suggesting some points of orientation for a distinctively left-wing normative account of digital constitutionalism, which seeks not only to constrain the exercise of corporate power, but to limit its scope and democratise control of technology.

One influential definition of digital constitutionalism is ‘articulating limits on the exercise of power in a networked society’. If defined that way, it’s hard to disagree with: it would be unusual to argue for unlimited power in a networked society or anywhere else. It’s also evidently a thin definition – in the sense that its criteria are easily met in a variety of circumstances, some more desirable than others, and that it clearly doesn’t articulate all potentially desirable objectives for internet governance.

Power in networked societies has always been limited. As Julie Cohen and Amy Kapczynski show, descriptions of the emerging internet and the contemporary surveillance-capitalist oligopoly as ‘lawless’ are extremely misleading. Both were always highly regulated, albeit in ways that generally favoured corporate interests. Equally, international trade law and the US’s commitment to free-market, multistakeholder internet governance have always constrained states’ power to regulate technology. Limits on power don’t necessarily serve free speech, human dignity or equality.

As the EU intensifies technology regulation, tech corporations will clearly face more substantive constraints, focused on more traditionally ‘constitutional’ values. For example, under the upcoming Digital Services Act (DSA), online platforms will have to follow procedural justice principles when moderating content, increase user-facing and public-facing transparency, and formally consider fundamental rights (although the substantive scope of these last obligations remains unclear). Reforms like the GDPR and DSA have been understood as establishing a distinctively European form of digital constitutionalism, aiming to uphold liberal constitutional principles like human rights and the rule of law in the digital age.

That doesn’t put this agenda above criticism. I’ve argued elsewhere that the DSA’s vague standards and privatised enforcement mechanisms will allow corporations to interpret it in ways that serve their business interests. Content moderation experts have suggested that detailed procedural obligations may lock in existing moderation practices—despite their evident flaws—preventing experimentation with different models. More fundamentally, the DSA’s ultimate goal is for monopolistic tech corporations to become regulated entities. That may be better than nothing, but as demonstrated in sectors like energy, it’s perfectly compatible with exploitative and unaccountable business practices. Importantly, as others have suggested, framing these reforms as ‘constitutionalising’ may entrench them further, limiting public imagination when it comes to more radical reform.

Digital constitutionalism is a useful framing to analyse the objectives, principles and rhetorical ambitions of contemporary EU platform regulation. But if progressive scholars apply it to this ultimately conservative and pro-market regulatory programme, it’s crucial to emphasise that it’s a descriptive term, not a celebratory one.

This may not be easy. Constitutional language has naturally positive associations, and is powerfully legitimising. But to emphasise that constitutionalism is a descriptive term, and shouldn’t automatically imply legitimacy, a helpful starting point could be considering its historical roots.

Digital constitutionalism scholars have drawn explicit comparisons to eighteenth-century European constitutionalism, which sought to articulate the ‘rights of man’ against autocratic governments and legally limit their power. This ideology brought us human rights, democracy, and many forms of progress. But it also developed in tandem with vast economic inequality and subjugation of women in Europe, not to mention ruthless extraction of wealth and brutal autocratic government in Europe’s colonies. Most subjects of constitutional democracies like the UK and France did not enjoy basic rights until the mid-twentieth century.

European democracies no longer explicitly exclude people based on race or gender, but they remain profoundly unequal, accord huge influence to corporations, support authoritarian governments abroad, and continue extracting vast wealth from former colonies—all of this perfectly compatible with their constitutions. In the US, where constitutional rights are revered, they are a key tool protecting corporate power against regulation. Helpfully illustrating that constitutional limits on power are not intrinsically good, they have enabled US senators representing a minority of the population to block a president elected by a majority from implementing any meaningful aspects of his legislative programme, including climate policies crucial to human survival.

Constitutionalism, then, doesn’t guarantee freedom, equality or meaningful public participation. If we describe the ambitions and principles of European platform regulation as ‘digital constitutionalism’, it needn’t be an endorsement. It certainly shouldn’t stop us from criticising the EU’s embrace of corporate power and failure to genuinely democratise online media.

If constitutional orders can take many different, more or less desirable forms, the central normative question is what kind of constitutionalism to pursue. As Moritz Schramm argues in this blog, democracy is often underemphasised in digital constitutionalism scholarship which focuses on procedure and rule of law principles, and should play a central role in holding platforms accountable to the public.

Democratically determining the representatives and broad objectives of government is not just desirable in itself. It is foundational to state constitutions, and structurally coupled with rule of law norms. These norms—follow correct procedures, consider different views, respect certain basic rights of minorities—say almost nothing about the substantive goals power should be used to pursue. That makes sense for democratic states, because at least in principle, those goals are determined by the majority. Repurposing these norms to regulate corporations whose substantive goals are defined by profit is thus obviously unlikely to make them serve the public interest. Sociolegal research by Lauren Edelman and Ari Ezra Waldman suggests that subjecting corporations to procedural obligations and flexibly-interpreted principles like human rights primarily produces empty rhetoric and box-ticking.

As such, Schramm’s argument for ‘enhanced user participation’ is an important starting point. He suggests this shouldn’t be limited to familiar forms of electoral democracy, and could involve ‘petition, voting, representation, or consultation’. However, I want to suggest that a progressive digital constitutionalist agenda should go further than classically ‘political’ means of participation and representation like these.

Separating political from economic governance is characteristic of capitalism, and of liberal constitutions. It allows democracy to exist within limits, while ensuring that crucial decisions about the development of economic production and the distribution of resources are made by markets, that is to say by capital owners. As Quinn Slobodian shows, a core aspect of neoliberal ideology was to extend this by ‘encasing’ pro-market policies globally through international institutions, thus removing them entirely from national democracies’ control.

Today, multinational corporations control basic communication infrastructure—from physical networks to the software that enables and constrains online communication—and run it for (vast) private profit. Their surveillance advertising-based business model is widely considered corrosive to constructive political debate and to quality independent news media. It also relentlessly commercialises public participation and creativity, turning everything into affiliate marketing and shopping channels. In micha cárdenas’ words, ‘Imagine if every activist flyer you saw, every family photo you have, and every love note you ever sent were covered in corporate logos and ads.’ If digital constitutionalism seeks to regulate company policies and increase user input while leaving this economic model in place, it’s stuck in the mode of thinking of the neoliberal governance models it professes to oppose.

What we should aim for, then, is economic democracy in online media. A progressive digital constitutionalism should reject the separation of political and economic institutions, aiming to democratise not just top-layer policy decisions about how platforms are governed, but the underlying ownership structures that determine by whom they are run and in whose interests.

This would obviously require ambitious reforms, but it’s not just daydreaming, and wouldn’t depend on systemic economic change. Abundant policy proposals already exist, from ‘exit to community’ strategies to transitioning existing platforms to collective ownership, to independent public-service digital infrastructure. Importantly, as Victor Pickard emphasises, these problems and solutions aren’t new: we’ve already had these debates around older media. In Europe, at least, this produced a broad consensus that wholly-privatised media systems can’t serve democracy, even if they’re strictly regulated. This insight seems largely missing from mainstream debates around platform governance. 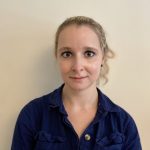 [citationic]
Previous article
Constitutional Safeguards in the “Freedom of Expression Triangle”
Next article
From Platforms to Musk to… Protocols?