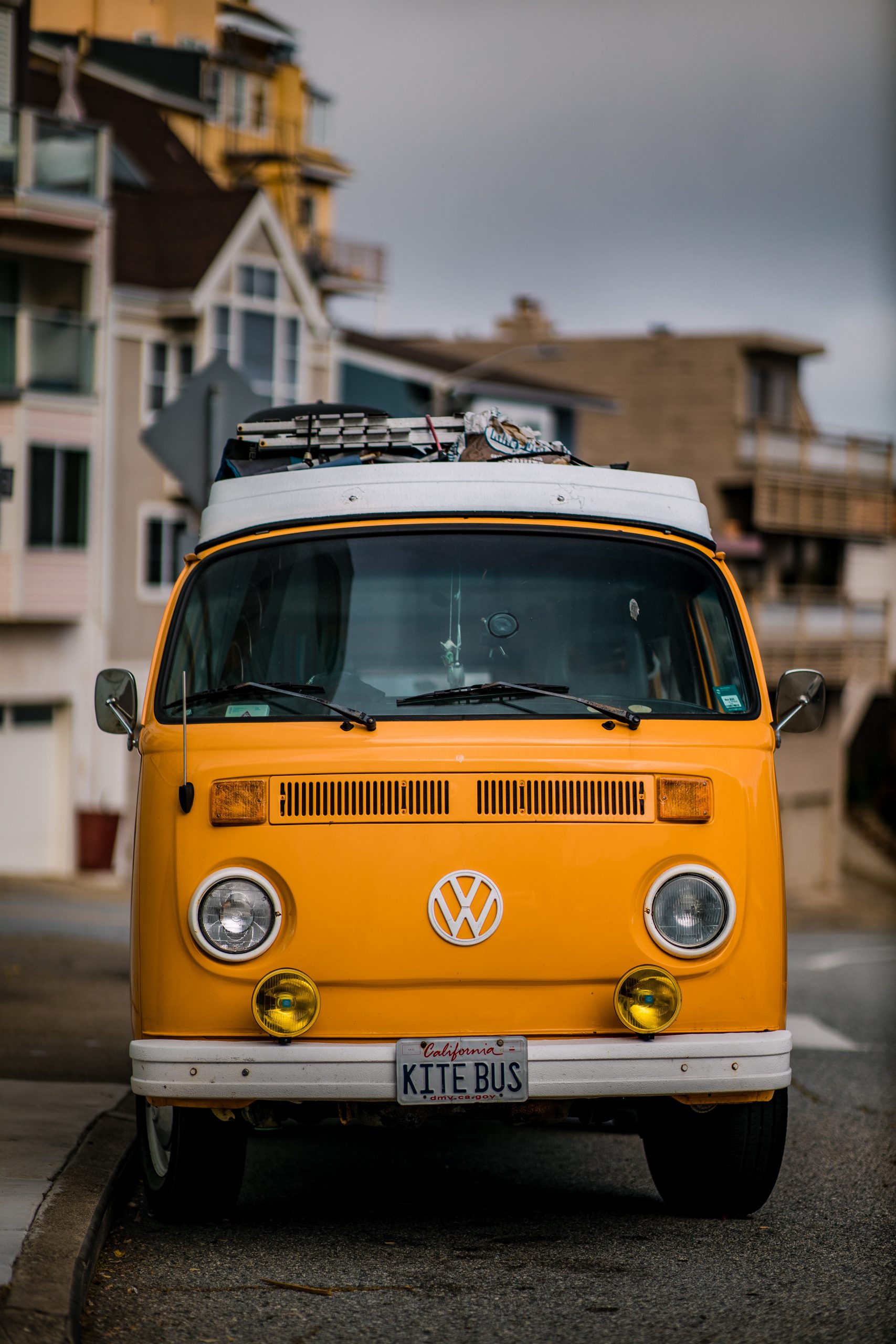 Where is Olive? Or: Lessons from Democratic Theory for Legitimate Platform Governance

The author would like to thank the participants and organizers of ‘The Dust of Time – Towards a 21st Century Constitutionalism’ Conference in October 2021 and the ‘What is Digital Constitutionalism?’ Workshop in November 2021 at the EUI where he had the possibility to present some ideas featured in this blogpost.

Remember the 2006 road movie Little Miss Sunshine? In the film, young Olive Hoover’s biggest dream is participating in a children’s beauty pageant, prompting a chaotic (and hilarious) family trip from Albuquerque to Redondo Beach, California, in an old VW bus. After a pitstop, Olive’s taciturn brother asks, or to be precise, scribbles on a notepad: ‘Where is Olive?’. Unfortunately, the family had left without Olive, and with her, forgot the journey’s whole purpose at the petrol station. In the movie, the family immediately returns to pick her up, they make it to Redondo Beach, and Olive, memorably, competes in the pageant.

I argue that democratic theory would improve the legitimacy of governance by online platforms, one of the core interests of digital constitutionalism. Even though some may think democracy seems as misplaced in platform governance as Olive Hoover was alien to the California beauty pageant, this blog post argues otherwise. Sometimes, the misfits make the biggest impression – just as Olive Hoover did at Little Miss Sunshine. This blog post progresses with its Olive-inspired argument in two steps. First, it analyzes the power imbalance between platforms and users. Here, I conceptualize platform power in content moderation vis-à-vis users as comprehensive power unfolding predominantly in rule-creation and rule-enforcement. Second, the blog post questions why digital constitutionalism seemingly opts for rights-based ex-post control of rule-enforcement instead of democratic, or to use a more neutral word, the participatory ex-ante influence of rule-creation. So far, digital constitutionalism maintains a narrow focus on a contemporary right- and court-focused understanding of constitutionalism. I argue, however, that such reductionism risks ignoring the most crucial premise for legitimate constitutionalized authority: democratic participation.

On Our Way to California: Conceptualizing Power Imbalances between Platforms and Users

Picking up our road movie, we must first ask why we are on our way to California anyways? In our case, the family members crammed into the bus do not try to win a beauty pageant but resolve a more pressing, quite serious issue: the power imbalance between users and online platforms. Power imbalances are nothing unusual per se. They exist everywhere as they structure many aspects of commercial and daily. However, the nature of the power imbalance between individual users and online platforms such as Facebook, Google, Youtube, or Twitter is different. The internet, especially social media, is a technique used by more people than most other technical achievements in history (far fewer people use, e.g., the combustion engine). Simultaneously, social media enabled a tiny group of actors to shape our very understanding of reality. As we construct our personal and social reality increasingly based on discourses we have via Facebook, follow trends we see on Instagram, and believe rumours we hear on Twitter, a few companies normalize, regulate, and direct discourse and thereby construct our ‘realities’. This ability can be conceptualized as power. But what characterizes the power of online platforms?

First, the users are typically individualized – meaning that they act on their own most of the time. Although social ‘networks’ promise global connectivity, their business model and, therefore, their practice focuses not on egalitarian exchange but individualized user experience and engagement. There are as many Facebooks as there are Facebook users because connecting people generates less ad money than increasing the time individuals scroll through their newsfeed. Second, the platforms have the massive advantage of the home turf, as they provide the technical infrastructure for the users. Third, platforms control the norms and rules of using this infrastructure. The most important example for this is so-called ‘content moderation’, referring to the efforts of online platforms to stipulate what content is allowed. Platforms delete the content violating these rules. Fourth, platforms’ rule- and norm-setting capacity shapes the platforms’ discourse by algorithms structuring our newsfeeds, recommendations, etc. Fifth, the content discussed on platforms goes across all sectors – it is private, economic, and highly political stuff. Black Lives Matter protests, for example, profited from the same polarizing algorithm that later pushed election conspiracies. Much of what’s happening on platforms is very important on personal, economic, social, or political levels. Sixth, and lastly, the platforms’ power – so far – remains largely unchecked. Platforms control their funds, set their own rules, and enforce them autonomously. Thus, California is not only home to questionable child beauty pageants as in Little Miss Sunshine but also to large online platforms exercising power over individual users.

Now, we turn to the family members in the bus rushing to California to protect users and salvage the unilateral power of platforms. Digital Constitutionalism’s key idea is to transplant logic, concepts, and ideas known from contemporary constitutionalism to the digital sphere. Said transplant requires either appropriation through platform companies (think of Mark Zuckerberg’s announcement of Facebook’s Oversight Board as “almost like a Supreme Court”) or imposition upon platform companies through public regulation (like in the European Commission’s proposal for a Digital Services Act). Albeit the necessarily broad notion of ‘constitutionalism’ comprises, in principle, several hundred years of theory and practice from different countries, digital constitutionalism seemingly, puts a heavy focus on the two most important aspects of contemporary Western constitutionalism: individual rights and a strong role for courts. Some demand a ‘digital bill of rights’ or observe an uptick of judicial decision-making in private platform governance, spawning corporate adjudicatory bodies like the Oversight Board. The question is: do values, norms, rights, and courts sufficiently check the power imbalance between platforms and users?

I do not think so. All arguments made under the banner of digital constitutionalism are an essential and necessary step. But transplanting (mostly) the logic of contemporary constitutionalism to the digital sphere risks missing out on contemporary constitutionalism’s premises, a democratic system being one of them. For sure, individual rights and courts are indispensable for legitimate constitutional authority. Yet, they only became that important as one step in a long process. Democratic participation – or user participation inspired by democratic theory – is an equally important step. In principle, democratic participation comprises any method of influencing the rules one is subject to. Such influence, or “meaningful consent,” as Nicolas Suzor put it, may be exercised by petition, voting, representation, or consultation. Much in the same vein, Linnet Taylor argues from a political theory perspective that “we may need to hold the companies that offer [social media] to the same standards to which we hold the public sector” because “[b]usiness ethics and private law are not designed to answer these questions, which are primarily political.” This is as simple as it is obvious. Initially, terms of service were created to streamline dishwashers’ sales; now, terms of service are the main normative framework to govern online free speech. But should rules governing political discourse on the world’s largest social networks emanate from the same unilateral and profoundly undemocratic process as the rules stipulating, for example, the damages regime for buying a bulk of DVDs? I do not think so.

Olive and the Many Forms of Participation and Democracy

Lastly, we must turn to bespectacled Olive, who remained at the side of the road while the family members went off. Why would we forget to offer democracy a seat on the bus to California? The classic argument against enhanced user participation in platform governance is twofold. On the one hand, one could argue that users do not form a social, cultural, or political unity, a demos. No demos, no democracy. Admittedly, this argument points to a significant practical problem observed all too evidently in Facebook’s 2009-2012 experiments with democracy which died down after negligible user participation. However, looking back in history, not every polity featured a social, cultural, and political unit before it morphed into a democracy. A claim to self-government does not premise societal homogeneity – it arises when a group of individuals is subject to a rule. One could argue that the very fact of shared subjugation constructs the ‘people’ who have a valid claim to rule themselves (see here for a related and historically grounded argument). Ironically, the most prominent historical example for this argument is the American Republic, which based its claim to democratic self-government not so much on a cultural unity of its people but their common subjugation to Continental rule.

Further, democratic participation in rule-setting on platforms must not – and should not – amount to a full-throttled democracy in the republican sense. Online platforms are not nations states. And they never will be. Yet, they exercise power in a sphere that touches upon many economic, personal, social, and political issues – and should be exercised and legitimized in a manner appropriate for its political significance (here I again recommend Linnet Taylor’s work).

The second argument highlights online platforms’ private nature. How could we call for participatory elements in rule-creation in a context governed unilaterally by private power? As a response, I quote Apple’s famous 1997 slogan: “Think different.” Participation and democratic elements are not limited to the nation-state or public authority. Think of your local sports club, the guilds in the Middle Ages, school boards, or neighbourhood councils – most bodies that impose rules over us are in one way or the other subject to our participation when crafting these rules. Arguing that only general elections held by mystified demos are democracy, and democracy is therefore unthinkable for online platforms only re-affirms the obvious while refusing a constructive debate of how to learn from other areas, such as administrative law, how to balance participation with independent authority. The key is not to fall for unrealistic expectations or defeatist claims that ‘democratizing the internet’ is impossible, but to be concise in how nuanced democratic participation plays out in a contemporary regulatory context. As European legislators recently put it: the “digital sphere [as a] public space […] must be managed in a manner that protects public interests.”

So, how did Olive’s story end? In the movie, Olive delivers a remarkable performance, defying odds and conventions. Ultimately, Olive reconciles with her family and, together, they triumphantly turn the beauty pageant upside down. However, in the real world, digital constitutionalism, platform governance, and content moderation are yet to be reconciled with notions of democratic participation and consent-based governance.