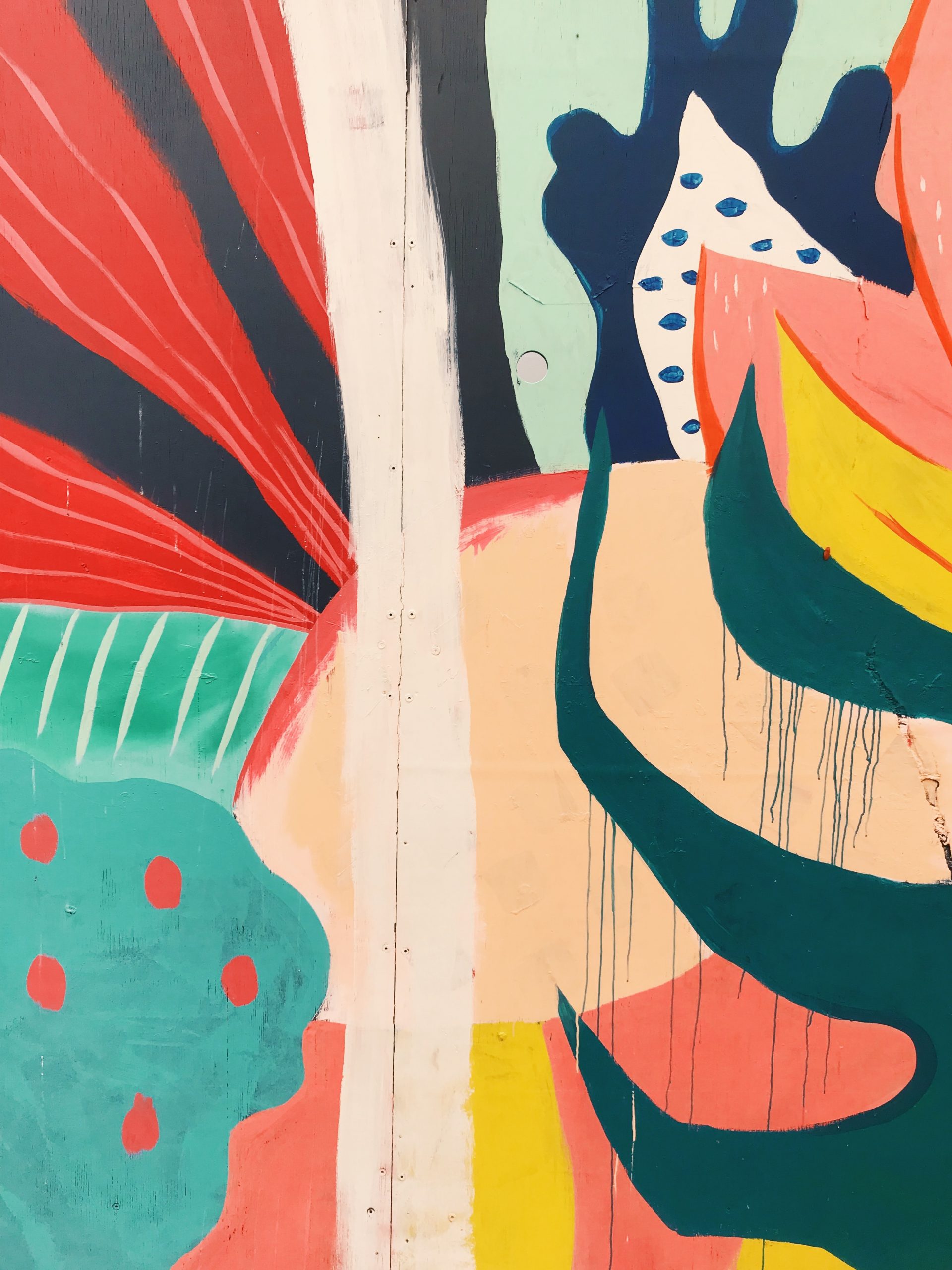 What rights do we have in the digital environment?

This post is part of our special Call for Blog Posts “The Global Landscape of Digital Rights”. We welcome posts on national, international, and transnational debates about digital bills of rights, novel judgments, and other landmarks of the debates on digital rights around the world. Please send your contribution (1000–2000 words) to digitalconstitutionalist@gmail.com before 15 June 2022.

Over the years, our lives have been replicated in the digital environment, and the pandemic has increased this trend. We shop, we chat, we see a doctor, we apply for a grant, we pay taxes, we watch films and other cultural events, we play, we may even vote in elections – we can do all this by digital means without having to move from wherever we are. We also interact with machines in various ways: a chatbot may explain to us how to deal with a positive COVID-19 case, a facial recognition system installed in an airport may be used for alleged security reasons, an algorithm may be used in human resources selection processes, another one may help judges grant parole (or not), or even render a judgment on the basis of the evidence provided by the parties; an electronic device could be inserted in our brains to cure a neurological illness or to curb feelings such as pain or fear. All these examples, together with many others, show how digitization processes do indeed have many advantages in terms of efficiency, a broader range of options and—why not?—comfort. But they also point towards various concerns that need to be addressed.

Firstly, together with the advantages, the dark side of technological progress is also apparent. There may not be a consensus as to its precise dimensions, and some aspects may be debatable or ideology-dependent, but some impact on people’s lives and, therefore, on their rights and interests is undeniable. Returning to some of the examples already mentioned, for instance, security can be a concern when voting by electronic means. Freedom of expression is at stake if conversations in the digital environment are monitored (either by public or by private bodies), and questions arise as to who can ensure that freedom of expression is protected and how—if at all—it can be guaranteed. Another right linked to freedom of expression, freedom of information, also requires attention. Democratic societies are based to a large extent on free public discourse and on the media acting as the fourth power. They should be able to inform the public of any issue of interest. Yet freedom of information also embraces the public’s right to receive accurate information, and this right may be compromised by classical propaganda instruments, media self-censorship or lack of journalistic diligence, as well as in other ways. The digital environment now provides easy ways of disseminating contents, thus including both those with no scientific basis and others which may not reflect reality in any way or may only partially reflect it, with the intention of causing harm. The debate on fake news, disinformation and misinformation is relevant here.

Secondly, equality is compromised from various perspectives. For instance, if an algorithm is being used to make decisions on the basis of the data used to feed the machine, data based on past decisions per se consolidate the status quo and could therefore reflect it towards the future, leading to biased decisions, where no innovation or adaptation to new contexts can be expected. Think, for instance, of female job applicants not being selected by an algorithmic selection system because the system recognizes a pattern according to which mostly men have worked in a particular position and therefore deciding that women candidates should be dismissed.

A broader perspective in which equality is compromised is related to the notion of digital citizenship, digital society and, ultimately, digital constitutionalism. If our (social, professional, educational, health) lives turn digital, citizens with no, little or irregular access to disruptive technologies become excluded from all those spaces. This may not only be limited to certain services, for what we have explained above shows that almost any aspect of our interaction with others is now being conducted—at least potentially—through technologies beyond the physical environment. Moreover, it is also not limited to the Internet, as it extends to artefacts that employ artificial intelligence (AI) in its various forms (algorithms used to make decisions, autonomous cars, robots as carers) and to mechanisms deployed in our brains to combat illnesses or perform better in certain circumstances. The difference between citizens who have, and those who do not have, access and sufficient capabilities to use the technology available (digital capacities) will become a major challenge for societies and democracies, as fundamental values such as freedom and equality may differ depending largely on these parameters (access and capacities). Digital gaps are, therefore, constitutional gaps, and instruments need to be developed in order to plug those gaps with norms and public policies.

These concerns underlie the process conducted in Spain to draft a Charter of Digital Rights. In June 2020, the Spanish Minister of Economic Affairs and Digital Transformation (also Vice-President of the Spanish Government and former Director General in charge of the Budget at the European Commission), Nadia Calviño, appointed 18 experts to form a Group charged with the task of drafting the Charter. Clearly, this was not the first attempt to address this, as some precedents existed in Brazil, Italy, France and Portugal, among other countries, as well as at supranational level (the European Union, the Council of Europe and, more recently, UNESCO). Nevertheless, departing from previous experiences, it was meant to foster a debate covering the implications of disruptive technologies on fundamental rights, freedoms and public values. Whereas other legal or public policy documents had focused on the Internet or particular aspects of digitization (such as the role and features of digital public bodies), the Spanish process was an open process to deal with, potentially, all aspects concerning disruptive technologies, and it was open to the general and specialized public. Two public consultations took place, the first one aimed at gathering all possible opinions on the future content of a Charter of Digital Rights. In the second public consultation, a draft was distributed and approximately 200 contributions were received, commenting on either the general approach or more particular aspects of the text. After various revisions, the final document was presented to the public by Spain’s Prime Minister, Pedro Sánchez, on 14 July 2021.

The Charter is the result of the aforementioned debates, which were constitutional in nature, as the purpose was to identify the fundamental legal (and ethical) framework in which disruptive technologies may operate. Almost anything will probably be possible in the future, from a technological point of view. And we have yet to decide how, for what purposes and under which conditions our society wants to deal with this new industrial revolution and others to come, in a context in which uncertainty is a key word, since at present we are not in a position to clearly anticipate all the possible legal and ethical conflicts that will arise. Most rights recognized in Constitutions and Charters of Fundamental Rights or Bills of Rights will still be valid. Indeed, freedom in its various manifestations and equality should guide these new processes. Challenges from a constitutional perspective are actually designed to identify the new conflicts that might arise in the new digital environment or vis-à-vis AI or neurosciences. Rights will not vary in principle, and the starting point will still be human dignity. Digitization, the use of AI and neurosciences are thus supposed to be human-centric; decisions need to be made in order to guarantee human dignity; rights and freedoms also apply in the new contexts; and, as a result of this, a new social contract may be required. Against this background, it is also clear that new rights could be derived from the existing ones, new conflicts may be identified, and, above all, new public duties and obligations in terms of public powers are necessary. Public policies geared towards filling the digital gaps, environmental policies to deal with digital waste and programmed obsolescence, the recognition of cybersecurity as a right – these are all aspects of a new social contract related to disruptive technologies. And all of them were included in the Spanish bill.

In correlation with these debates, the Charter is divided into five parts, following, to a certain extent, the model of the Charter of Fundamental Rights of the European Union, as it is a classification based on contents: 1) rights to freedom (including a general clause on the application of existing bills of rights to the digital environment as well); 2) equality rights; 3) rights to participation in and shaping of public spaces; 4) labour and business-related rights; and 5) digital rights in specific environments (access to data for specific purposes, sustainability, creative freedom and access to culture, artificial intelligence, neurotechnologies). Freedoms of expression and information, with a particular and differentiated emphasis on the right to freely receive accurate information, are subjected to intense contemplation in the Charter and platform governance is discussed thoroughly. Specific concerns are included on liability and actions to deal with illicit or harmful content. Yet, together with the promotion of self-regulatory mechanisms where possible, the Charter concludes with a section on the effectiveness of the rights recognized therein and on guarantees, stating that “all persons have the right to administrative and judicial redress with regard to their rights in digital environments, pursuant to prevailing legislation”. Judges are perceived as the ultimate guarantee, in accordance with requirements of the rule of law, in this as in any other matter. Whether the judiciary as it stands today is technically prepared to deal with cases of this kind, and indeed how the judiciary itself will be digitized, are other relevant questions, to be dealt with in a different post. 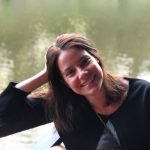 [citationic]
Previous article
Digital Constitutionalism and Copyright Reform: Securing Access through Fundamental Rights in the Online World
Next article
The constitutional right to work when the ’employer’ is a … digital platform