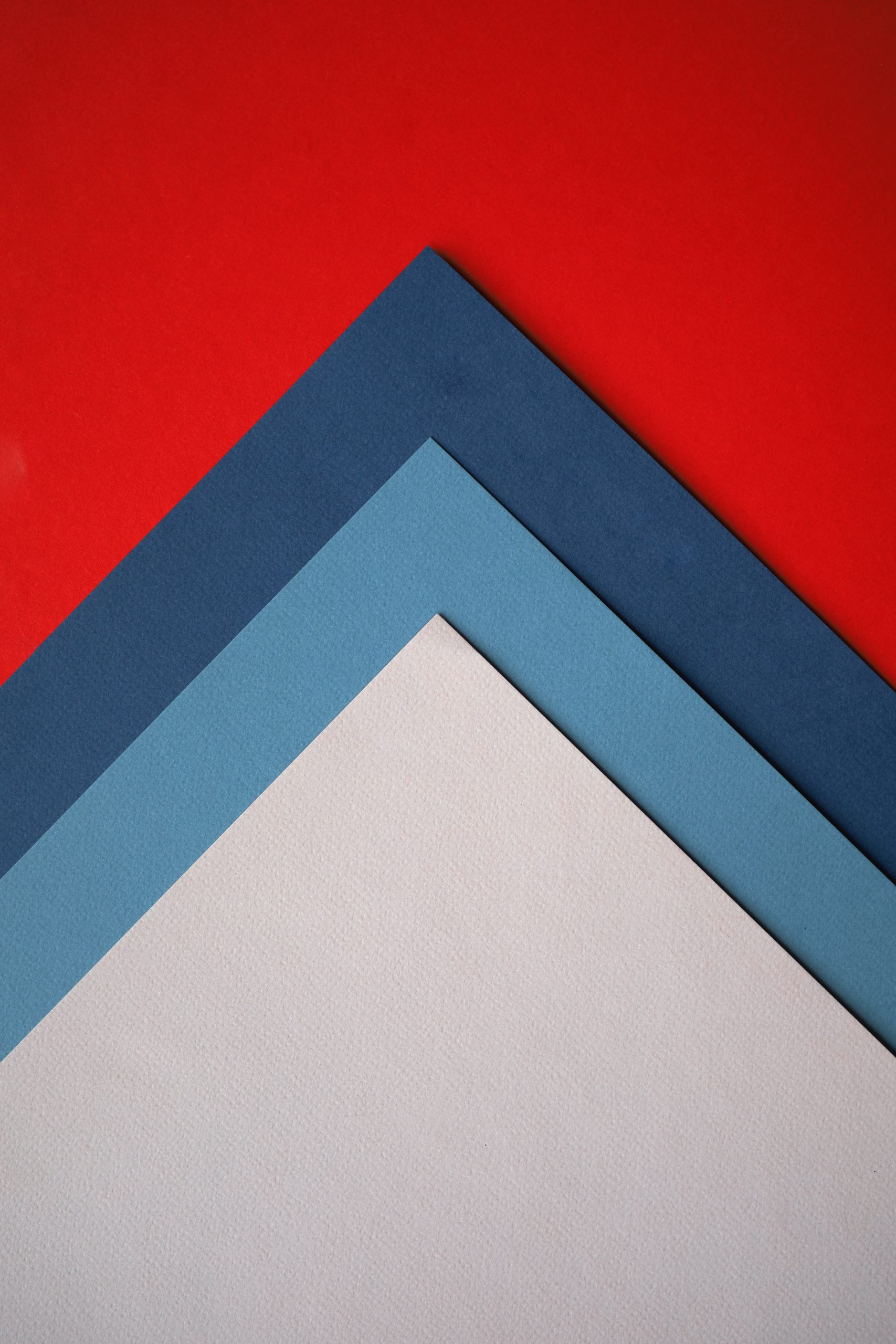 The internet started as a useful tool that provided information and connected people in a matter of seconds. With its new advancements, the internet became a business model, and a series of new services emerged from it, for example, social media.

Social media are platforms that promote electronic communication and networking, allowing users to share content, follow other individuals and create an online community. This is an enormous market. Currently, there are over 2.4 billion active Facebook users and over 300 million active Twitter users. Through social media, users can share their content and create their communities of common interests; this ability has created influencers.

Influencers are ordinary people that rise to stardom by promoting a lifestyle that others want to copy. Not all influencers are the same; they have different approaches, interests and methods. By browsing for a minute on social media, you will be able to see fitness influencers, fashion influencers and many others. The influencer will exhibit his/her daily personal life in a first-person view demonstrating how their lifestyle can be achieved if his/her followers behave like them and buy products indicated by them.

Influencers hold an advantage compared to “classical celebrities” since they are perceived as real people that “made it to the top”, different from traditional celebrities that are often seen as unattainable individuals. This closeness influencers can build with their followers is essential to the creation of their brand. It is based on that, that they will be able to influence followers.

It is not possible to ignore the market value of an influencer. In 2021, influencers marketing spending in the United States was forecast to reach 3.7 billion dollars; this demonstrates how they can generate revenue by being – or pretending to be – someone others want them to be. It is no wonder companies rather advertise a piece of clothing with an influencer than in a magazine ad. Influencers have a bigger audience, can direct their followers to stores and make them believe that the object should also belong to them.

War in a social media world

In 2003 the United States of America invaded Iraq, which can be considered one of the first live media covered wars in our history. I remember watching the bombings on tv while journalists narrated explosions as they happened on the other side of the world. Since then, media and technology have developed a lot. Now, almost 20 years later, we face an unprecedented situation: a war during the thrive of influencer culture and post-truth politics.

In February 2022, Russia invaded Ukraine in an act of aggression (the details of this conflict is not under the spectrum of this post); under the huge technological development we live in, we are able to see the updates of the war on social media platforms as they happen.

Social media platforms initially emerged as platforms for leisure. However, they slowly have changed to other purposes. According to Pew Research Center, in 2020, 71% of Americans get at least part of their news input from social media platforms. It is, therefore, possible to affirm that these platforms play a major role in the spread of information in the context of war.

This situation becomes more complex when we add algorithms to this equation. Algorithms have been adopted by social media platforms as a method to adapt the platform to each user; they spot users’ preferences of content and shape the ads and recommendations each user would like to see. Influencers benefited a lot from “algorithmic culture”, shaping their content to formats that receive more engagement; they can target individuals and find their audiences easily, increasing revenue.

On this mix of social media platforms, influencers and politics, controlling the narrative of an event is essential. We can say that information war is almost as important as the war itself. This is one of the main reasons why politicians around the world currently hold official social media accounts where they address the world directly, and it’s the reason why totalitarian states are banning social media platforms and general media outlets when they want to control the narrative inside their country.

The focus on these channels of information demonstrates that the narrative built on them is essential to shape the response of the world to the conflict and the internal response in support of the political leader.

Social media platforms have been facing backlash for the way they tackle the spread of disinformation online. Recently they came under pressure to take action against Russian state-owned media accounts to limit the spread of disinformation about the conflict online. In response, TikTok has suspended live streams and new uploads from Russia, YouTube blocked Russian state media channels, and Facebook made a concerning change of policy, allowing forms of political expression that otherwise would be considered violent in other times. On the opposite side, Russia announced the ban of several social media platforms such as Instagram, Facebook and Twitter and declared Meta an “extremist organization”, demonstrating that the Kremlin is working intensely to shape the narrative of the conflict internally.

The country also passed a new law that introduced the punishment for spreading fake news about the Russian Armed Forces and the “special military operation in Ukraine”, which led to several international news outlets leaving Russia and the closure of independent Russian news outlets. So far, one of the only social media apps that are still active without internal restrictions in Russia is TikTok, a Chinese company controlled by ByteDance controlled by the Chinese government.

Thus, it is clear that social media platforms have a broader impact in times of war that we may once have believed in. This is demonstrated by the attention governments give to them, from favouring the spread of news about the conflict through them to banning access to them as a means of controlling internal response to the conflict.

From suggesting a restaurant to indicating hair pills, influencers are often hired and paid to suggest behaviours and advertise products. In the context of war, it is not different. A report called “TikTok, The War on Ukraine, and 10 Features that make the app vulnerable to misinformation” made by the Technology and Social Change project at Harvard’s Shorenstein Center has monitored that on March 9, 2022 videos on TikTok under the hashtag “Ukraine” passed more than 26.8 billion views in comparison with the same hashtag on Instagram which had 33 million views, demonstrating the current importance of the platform.

Most recently, a mass movement of Russian TikTok users, mostly TikTok influencers, has been posting videos under the hashtag “#давайзамир (#letsgoforpeace)”. The videos shared a series of common phrases such as “all blaming Russia, but close their eyes that Donbas has been under fire for eight years” and “please check all the news, we’re are fighting for peace”. It was possible to observe that most videos were similar and had similar texts, suggesting a social media coordination campaign. Some Russian TikTokers published messages affirming that they were offered payment to post peace symbols and express the message spread by Russian state media. After criticism, some deleted their videos or muted comments on their accounts.

The same strategy is being used by the White House, which reportedly briefed 30 high-profile American TikTokers about the key details of the conflict as an attempt to mark the territory in the social media app. Since then, the creators have produced videos about the war. It is unclear if the authors were paid to produce this content.

These examples demonstrate how social media influencers, TikTokers specifically, have become important means of communication to social media users, especially generation z, and how the spread of a narrative by who has the power to influence the political opinion of users.

As we watch history and future methods of conflict unravel before our eyes, it is not possible to ignore the role of social media and influencers in modern conflicts. As social media is an essential part of our lives, wars are also fought through narratives and disinformation to mischief political adversaries. As individuals are the ones that push for political changes, it is crucial to understand the role influencers have in shaping followers’ political positions.

Social media platforms have been questioned and pressured to take action when it comes to content moderation for a while now. This pressure has produced some results, even though some believe they are still innocuous. At the same time, we observe governments weaponizing social media influencers as a method to win the “narrative war”. Inevitably this raises a few questions: Who should we trust when it comes to creating rules related to moderate content? Is it wise to continue to place this burden on the hands of tech corporations that have political and economic interests? Are governments so transparent and unbiased to create fair and proportional content moderation regulations? How can eventual regulations address the complex roles of influencers?

The answers to these questions are complex and might take some time to come to light, yet they must be addressed, taking into consideration the future that comes ahead of us and the past lessons that we already learned.

Barbara Lazarotto, ‘The Role of Social Media and Influencers in Times of War’. (The Digital Constitutionalist, 22 March 2022) <https://digi-con.org/the-role-of-social-media-and-influencers-in-times-of-war/>. 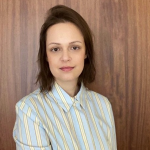