The Final Frontier: Science fiction at the service of the law

This post inaugurates our Sci-Fi Section with the discussion of ‘how Sci-Fi relates to the Law’. Since we @Digi-Con believe Sci-Fi helps us a lot with the possibilities and risks of technology, we welcome posts that explore how Sci-Fi contribute to legal thinking, its role in law-making and the limits of Sci-Fi as a legal tool.

We welcome posts that expand upon the considerations below or refute them; we will publish your posts as part of an open forum on Sci-Fi and the Law.

Science fiction: the final frontier of law. As technological development leads to broad changes in social life, legal scholars and professionals seek references that help them make sense of what is going on. Often, these landmarks are found in the images of the future offered by films, books, songs, and other forms of art and entertainment. Consider, for example, how Isaac Asimov is invoked in arguments about the law of robotics or Ken Liu’s examination of how cognitive augmentation technologies could radically transform legal work. Even if references to these and other cultural artefacts are not above criticism, science fiction regularly features in legal discourses about technology. In this post, I suggest a few ways this presence is beneficial for legal thought concerned with technological issues.

Before assessing how science fiction can be useful for the law, however, I must clarify what I mean by science fiction. We could begin with defining science fiction in terms of its object: a work of science fiction is a work that discusses how advancements in science and technology would affect society. This formulation covers many well-known examples, including near-future stories such as some of Kazuo Ishiguro’s books and Black Mirror, the dystopic landscapes of 1984 and The Matrix, and space stories such as The Expanse or Asimov’s tales.

Yet, a technology-centric definition can miss some of the main works associated with science fiction. While some of the works typically associated with the genre examine in detail the science and technology that underpins their narratives, others place technological change in the background. The Dune universe, created by Frank Herbert, provides a longue durée view of how space travel would transform human culture, but the mechanics of space travel are only cursorily examined and only play an indirect role in the narrative. Works such as Ursula K. Le Guin’s The Left Hand of Darkness go even further in downplaying technology: what produces a world different from our own is not the introduction of specific technologies but changes to aspects often considered to be stable in our societies (in the case of Le Guin’s book, the biology of sex and reproduction). Finally, some paradigmatic works of science fiction, such as Star Wars, do not spend much energy in examining their scientific and technological assumptions. Finding the “correct” definition of science fiction is thus a challenge, which has been the object of substantial literature and many passionate arguments about issues such as the difference between “hard” and “soft” science fiction.

These debates, however, are not essential to the main point of this article: the relevance of science fiction for law. Depending on the kind of social question they explore, some works of science fiction might have little to say about the law, regardless of their technological merits. In the opposite direction, fantastic science fiction—or even actual fantasy—may be fruitful for understanding the interfaces between technology, society, and the law. I propose we sidestep the demarcation debate with the operational formulation adopted by Cris van Eijk: “Science fiction imagines worlds where development(s), often but not always technological, shifts the rules of reality in ways that make some change possible.” Instead of giving us criteria to identify “true” science fiction, this formulation highlights how the very different kinds of work we classify within this genre deal with change in one form or another.

Under this change-centric account, the unique value proposition of science fiction stems from its treatment of change. One potentially valuable contribution that science fiction can offer is the extrapolation of current trends in technological development. For example, the idea of a geostationary orbit was championed by Arthur C Clarke, and Star Trek is credited with anticipating technologies such as mobile phones and automated translation devices. But anticipation is a difficult task, which becomes even more complicated in the absence of expert consensus about future directions of technological development. Accurate predictions from science fiction are the exception rather than the rule, and the genre would hold little value if this were the sole criterion for its assessment.

But science fiction may provide insights into social change even if its specific predictions are wrong. Consider Neal Stephenson’s Snow Crash, released in 1992. One of the key premises of the book is the withering away of nation-states, replaced by an anarcho-capitalistic landscape of corporate sovereignty. While this specific scenario has not come to pass, the book’s description of precarious work subject to extreme surveillance might sound familiar to scholars of the modern gig economy. Serious engagement with science fiction may expose us to plausible alternatives to the current state of the world, even if the works of fiction do not predict the specific mechanisms that produce this change.

Engaging with science fiction is also important to understand how fictional works come into play in the reasoning of various social actors. Science fiction may, for instance, influence how we perceive certain risks coming from technology. Discussions about lethal autonomous weapon systems (LAWS), for example, are marked by references to Terminators and other fictional robots. Here, science fiction forms a certain image of what kind of technology is socially undesirable—even if a wrongful one—but it may also influence actors in a constructive sense, directing them towards a specific view of the future: science fiction has inspired some of the main figures of Big Tech, as well as some of their fiercest opponents. Though we should not overestimate the influence of these fictional sources, it is nevertheless reflected in the visions of the future that they present to society.

Understanding the kind of change explored by science fiction and its reception in society can be useful at various steps of legal thinking. While the legal professions themselves are somewhat under-represented in science fiction, the social issues they deal with are not. Consequently, science fiction may point us towards forms of social challenge that will raise new legal questions, prompt us to think about the resilience of our current legal approaches and structures if faced with such challenges, and provide counterfactual scenarios to examine the consequence of a proposed change to society. At the same time, science fiction gives us a rich vocabulary to expose to a non-expert audience potentially abstruse issues in technology law, which might help make the legal field more accessible and involve a broader range of participants in important discussions about our future as a society. Judicious use of science fiction assets may thus enrich the grammar of technology law.

The main word above, of course, is “judicious”. While the creators of science fiction content put a lot of thought into their work—often explicitly engaging with philosophical, social-scientific, and legal questions—, the results are not always fruitful from a legal perspective. For example, one might be hard-pressed to extract good insights from mindless or poorly thought science fiction. Engagement with works that have little to offer is a waste of effort, as a legal scholar or practitioner ends up spending time on a source unlikely to produce insights about change in the real world. It is not always possible to identify beforehand whether a given piece of science fiction is worth our time from a legal perspective. Still, it is important to remember that not all science fiction is equally useful for the law.

A different problem appears from works based on premises that are in tension, or even downright incompatible, with those driving legal analysis. For example, some science fiction classics have been criticised for sustaining white supremacy, sexism, and anti-democratic views. These critiques should not be taken as an indictment of science fiction as a whole—after all, the genre encompasses multiple perspectives and has done so for a long time—, but they point out important fault lines in the field. These fault lines, in turn, affect the reception of science fiction in the law, as the choice of science fiction sources is not a value-free choice but rather depends on the premises and values driving analysis. Reliance on science fiction does not exempt us from adequate scrutiny of the sources we bring onboard.

Another challenge to science fiction in the law relates to the constraints faced by the creators of these fictional works. Given that authors, directors, and others do not have infinite time and resources at their disposal, they must make important choices in the design of fictional universes: how close one should stick to science and our world? How much time can we afford to spend in coherent world-building? How can coherence be balanced with narrative choices? These and other questions involve some trade-offs in world construction, which means any work of science fiction will ignore some factors and simplify others. Even if the choices made in the creative process produce a cohesive world, this cohesiveness may falter precisely at the relevant issue for legal analysis. Any use of science fiction in a legal context must thus consider not just the overall usefulness of a given work of fiction for a given topic but how its specific concerns are made manifest within the fictional world.

Finally, good use of science fiction is only possible if we remember it is no substitute for the real world. One should not use powerful images from fiction to dismiss the concerns of real-world populations or to avoid engagement with the actually existing technologies. But, as long as one does not lose sight of reality and the limitations of science fiction sources, engagement with fiction can help us imagine the impacts of social change on the law before these changes happen. Properly constrained, science fiction can be a useful part of the technology lawyer’s toolset, and this is why science fiction is an important part of the DigiCon project.

The author would like to thank Yeliz Doker, Nicolas Petit, Francisco de Abreu Duarte, Niall Coghlan, and Murilo Favaretto for their thoughts on previous versions of this argument. 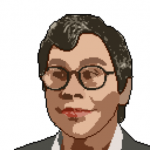