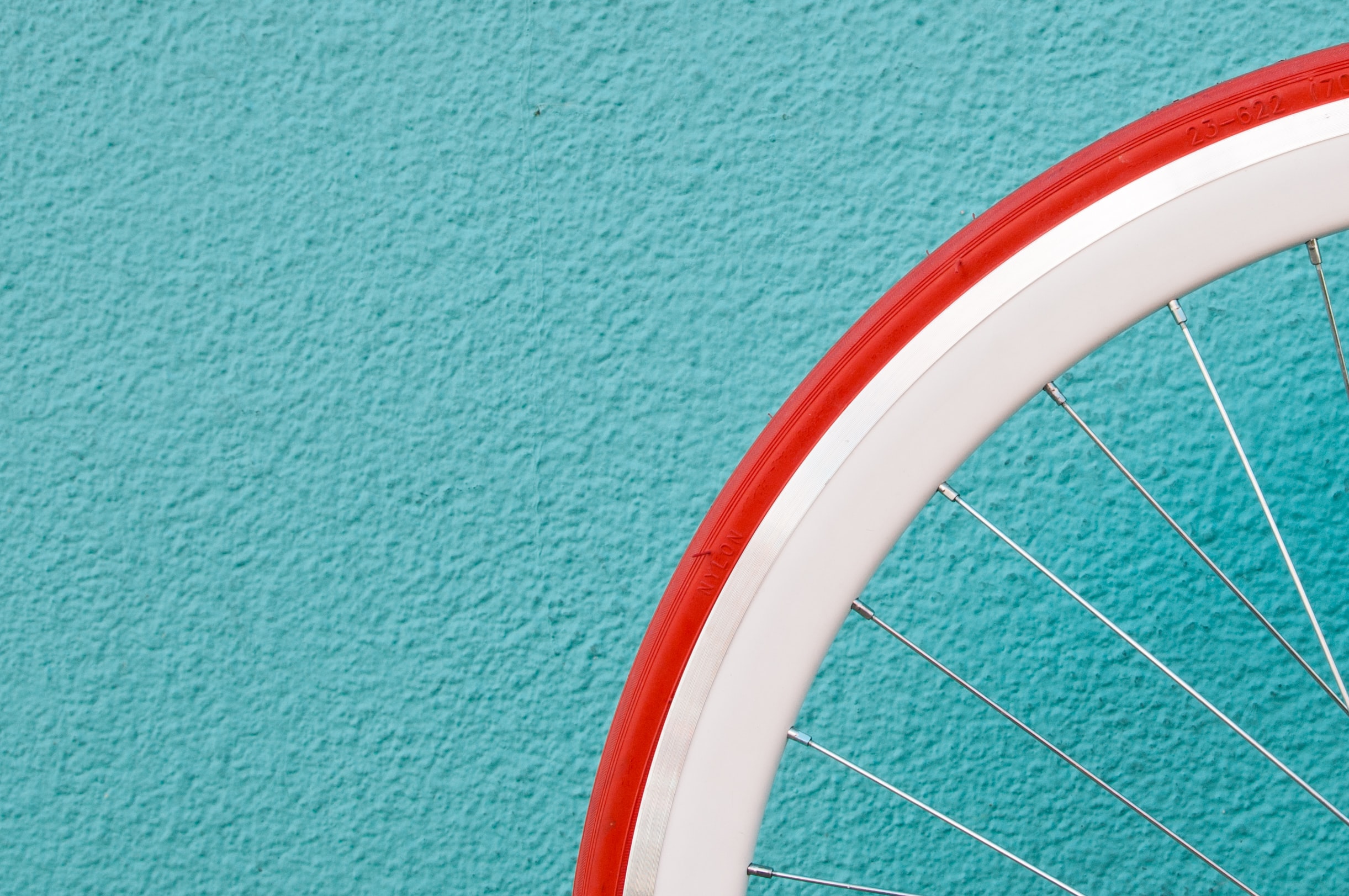 1. The constitutional right to work in the digital era: gig economy and platform-mediated job

In recent years, digitalisation is bringing about a significant proportion of the far-reaching changes of labour markets, leading to the creation of new forms of employment: the platform-mediated jobs in the so-called gig economy. Addressing this evolving world of work can be considered as one of the most pressing challenges for the future of constitutionalism in the digital age, whose responsibility is to adapt constitutional guarantees to the current issues, regulating the relationship between workers and digital platforms. But first things first.

Gig economy can be defined as a free market system in which organisations hire independent workers for short-term commitments via online digital platforms. The word ‘gig’ refers to a job that lasts a predefined time. It is a slang commonly used by musicians to refer to the short-term arrangements typical of a musical event. If they play exceptionally well or are particularly popular, there might be the chance of other performances, but it is not guaranteed. The gig economy revolves around similar mechanisms. Gig economy workers are paid for each gig they do instead of by day or hour. If they receive positive feedback, they might work again. Still, it is not guaranteed, as for other factors, such as their distance to the user’s position.

The model has originated and spread widely since the crisis of 2008, when the intuition of exploiting digital platforms to communicate the supply and demand of work took place and led to the birth of a new mode of exchange of goods and services: the platform work, indeed. The function of the digital platform is to connect in real-time a user who asks for a good or service with another able to provide it in exchange for payment. Platforms own the technology they use to collect and analyse data to connect clients and workers. They allocate, organise and evaluate work, playing the role of a digital employer. However, they belong to large companies such as Glovo, Foodora, Deliveroo, which are the legal entities of the employment relationship.

There are essentially two forms of platform work: crowd-work and on-demand work via apps. Crowd-work is executed via online platforms that contact an indefinite number of organisations, businesses and individuals, allowing clients and workers to connect worldwide. Conversely, in on-demand work via apps, workers are available on-site and jobs are assigned through mobile apps, which provide the selection and management of the workforce based on the minimum quality standard set out in the algorithm.

This digital system considerably reduces intermediation costs between employers and workers, facilitating employers in choosing when and how to hire workers and allowing clients and customers to get services and goods quickly. Besides, workers who seek flexibility have become increasingly attracted to this system. Moreover, by matching workers with job opportunities, digital platforms offer new forms of employment, reduce the incidence of unemployment, and generate new opportunities for discouraged and disadvantaged workers.

However, in this type of labour market, people usually work for one or more companies on a job-by-job basis. Gig workers do not have permanent contracts and may not be guaranteed minimum wage and income security, nor do they access social protection and rights to collective bargaining. Therefore, the downside of digital flexibility is the precarious and unpredictable nature of gig work, which translates into vulnerability in income, stability, regularity of payments, and lack of benefits, such as healthcare insurance and paid time off.

Furthermore, the management of gig workers by an algorithm means that gig workers’ ratings are aggregated and used as a performance evaluation. Such an assessment determines all the career choices, such as the assignment of other jobs, penalties, and possible dismissal, which occurs with the deletion of the profile from the app. But an algorithm cannot distinguish between the different nuances of the data processing, with the risk of treating in the same way – for example – a failure to perform job duties for futile reasons and one for a disease or for the exercise of the right to strike. According to some observers, algorithmic hiring also reduces the positive incidence of unemployment because it imposes steady standards and skills to the jobseekers, who face other significant barriers to entering employment.

2. How is the law addressing this phenomenon?

Ensuring gig work the same protection as the most traditional forms of employment relationship would seem appropriate. But this is no easy task as two different aspects need to be considered. On the one hand, there is a need for platform governance to protect gig workers from the automatism of digital assessment. On the other hand, platform work must be framed in a clear normative framework. Interestingly enough, the role of courts stands out. In case of inadequate regulations, the courts involved in disputes between workers and companies often produce highly-creative interpretations to address the claim for protection. These interpretations make up for the lack of regulations and sometimes lead to the legislative action, which follows the judicial decision.

The influence of jurisprudence on legislative action is a global phenomenon that we can precisely observe from a comparative analysis of the case-law of three countries: Italy, Spain and the UK. The overarching issue is the different protection of employment and self-employment. Only employees have complete social protection. Hence, the need to frame the legal position of the gig workers.

In Italy, the jurisprudential path began in 2018 with the case of food delivery riders. To assure social protection to riders, originally the Court of Appeal of Turin (judgment no. 26/2019) and then the Court of Cassation (decision no. 1663/2020) opted for extending the application of Article 2 of Legislative Decree no. 81/2015, which ensures to self-employed workers same rights as an employee. Following the jurisprudential debate, Decree-law no. 128/2019 (converted into law no. 128/2019) recognises the application of Article 2 provided that working cooperation is on an ongoing basis. When the collaboration is merely occasional, the law added Chapter V-bis to Decree no. 81/2015, giving minimum levels of protection.

Because of the ambiguous nature of this formula, jurisprudence is still contradictory as to the qualification of riders as self-employed or employees. On several occasions, courts even adopted a “criminalising” approach, as in the recent decision by the preliminary hearing judge of Milan that condemned the administrator of one of the labour brokerage companies serving the platform Uber Eats Italy for the crime of digital ‘caporalato’ (illegal recruitment).

To ensure social protection to gig workers, the United Kingdom Supreme Court also intervened to make up for the lack of regulation. It dismissed Uber’s appeal against a landmark decision of the Employment Tribunal ruling that drivers should be classified as workers with access to the minimum wage and paid holidays (case of Uber BV v. Aslam, 2021, UKSC 5).

The same jurisprudential role can be observed in Spain. Whereas Spanish courts disagree regarding the classification of riders, the Spanish Supreme Court has recently pronounced a judgement that classifies food delivery riders as employees of the digital platform they work for (Judgment no. 805/2020). This decision has led the Spanish Government to approve the Real Decreto-ley no. 9/2021. It amends the Estatuto de los Trabajadores, introducing a presumption that recognises online-platform workers as remunerated staff (disposición adicional vigesimotercera), also including regulations for the legitimacy of companies’ algorithms (Article 64.4, d).

In the text of the decree, there is an explicit reference to the decision of the Supreme Court. The Spanish Government acknowledges the basis of great necessity and urgency precisely in the excessive contradictory nature of judicial decisions, which, at times qualifying riders as self-employed and at other times as employees, provide protection that conflicts with the need for legal certainty.

This is because Courts’ decisions are concrete judgments that address specific individuals and not the whole category of gig workers. Although the results achieved by Courts cannot be denied, case law can ensure only limited and contradictory protection, which is deprived of the guarantees of legal certainty and equal treatment in the absence of legislative action. For this reason, digital constitutionalism is called to provide a general and coherent regulatory framework for a better balance in the relationship between judges and legislators in addressing the current issues of employment protection.

A great opportunity is represented by the European framework under construction in this area. In December 2021, the European Commission proposed measures for regulating platform work to guarantee digital workers the same level of social protection as traditional workers in the same category in the European Pillar of Social Rights Action Plan framework. These include, in particular, a Communication, through which the Commission sets out its policy programme; a proposal for a Directive, which outlines the key points for its implementation; and draft guidelines on the application of European competition law to collective agreements of individual self-employed workers, including those who work via digital platforms.

These measures are part of the framework laid down by the European Parliament, which, pointing out the inadequacy of the current regulatory system to deal with the spread of platform work, had addressed a Resolution to the Commission proposing, in particular, the introduction of a presumption of the existence of an employment relationship and the provision of human control over the algorithms underlying the platforms.

In its proposal for a Directive, the Commission provides a list of criteria to establish whether the employment status of persons performing platform work is to be qualified as employees. Provided that the platform meets at least two of these criteria, the legal presumption of employment is established, with complete social protection consequent extension (Articles 3 and 4). Thus, the burden of proof is reversed for the protection of the worker. The platform, if necessary, will have to refute this classification (Article 5). Concerning the algorithmic management of the relationship, the proposal for a Directive lays down an obligation for platforms to inform workers of how the algorithm works and introduce human monitoring of automated decisions, which workers must be able to challenge (Articles 7 and 8).

The objective of transparency is also pursued with an eye to the need for greater traceability of data by requiring platforms to declare the activities carried out and the workers employed to the competent national labour and social protection authorities (Articles 11 and 12). These highlights, along with the Directive 2019/1152, can be considered a starting point that gives the Member States the opportunity for a transitional agenda for the future of labour in the era of digital platforms.

[citationic]
Previous article
What rights do we have in the digital environment?
Next article
The Declaration on European Digital Rights and Principles