Safeguarding the Constitutional Role of Media as Fourth Estate of Democracy: Copyright as a Regulatory Framework for Freedom of Expression and Access to Information Online

In September 2022, the European Commission published its draft European Media Freedom Act (MFA) underlining that “[t]he media sector is part of the cultural and creative industries ecosystem”, an important factor for the EU’s “inclusive and sustainable recovery” and a key element in its twin transition towards a green and digital economy. Besides this obviously economic view of the media, the “Fourth Estate” has, since its recognition as such, been a stalwart in democratic societies. Many of the issues addressed in the MFA aim to contribute to a healthy media ecosystem in the European Union and safeguard that ‘the media’ can continue to fulfil its important role as constitutional watchdog. In particular, the MFA is meant to ensure regulatory and economic stability for private and public media services, it also addresses the role of online platforms as dissemination channels for media services.

It is without doubt that the media requires certain institutional guarantees, including editorial independence and freedom from unjustified state interference. But the media and journalists also require the right tools to fulfil their function as a public watchdog. More important than ever is the ability for journalists to access and process large amounts of information, to screen them for bits of relevant information like needles in the metaphorical haystack, and to identify patters in digital treasure troves that the human eye cannot perceive.

Particular against the background of increasing digitization of information and the emergence of new forms of data journalism, control of information is equivalent to control of news. Some of the biggest news stories of recent years were the result of investigations that were based on computational analysis of large amounts of documents. In the Panama Papers scandal, the German newspaper Süddeutsche Zeitung obtained more than 2.6 terabyte of data, a manual examination of which would be impossible for human journalists alone.

Against this background, it seems very surprising that a crucial aspect left untouched by the MFA is how the media and the digital press can search and analyse data for journalistic purposes without facing legal obstacles. Gathering data for the purposes of computational analysis is also referred to as ‘text and data mining’. Text and data mining necessarily requires the reproduction of documents including these data, which in one or the other way are very likely protected by copyright. This means that acts required to mine text and data require authorisation from the relevant rightholder. When information is mined by automated means, for example through the use of  web crawlers, obtaining authorisation is burdensome, if not impossible. Moreover, authorisation can be withheld by rightsholders if they have no interest or want to avoid that the information contained in the relevant data is examined and scrutinized. Therefore, the authorisation requirement cannot only create insurmountably high transaction costs, but it can also be used as a censorship tool. Either way, copyright can create significant obstacles for the media in accessing information, but also the dissemination of information can be obstructed if collected data is made available to the public to engage citizen journalists research on obtained datasets or if the documents disseminated by the media qualify as copyright protected works. For example, in Funke Medien, a German news platform has made collection of sensitive documents about the mission of the German federal armed forces in Afghanistan available to its readers, which was met by opposition by the German government, which used copyright to stop its publication. There are several examples where copyright was used to try to prevent that certain works carrying important information for the public are disseminated by the media for information purposes. The current unharmonized framework of Directive 2001/29/EC allowing quotations and news reporting only to a limited extend is in this regard insufficient to effectively guarantee the public’s right to information.

Authorization free mining of text and data has been addressed by recent copyright reform in the EU (Directive (EU) 790/2019), but the relevant exceptions have been made mandatory only  for scientific research conducted in public institutions. It is true that Member States are free to introduce further limitations for a broader category of beneficiaries (including theoretically also the media), but the efficiency of these provisions is jeopardized by the possibility of rightholders to opt out from these permitted uses. The exclusion from vital analytical tools can create chilling effects on the work of journalists and hamper the media of fulfilling its role in a democratic society. This legislative omission fails to recognize that the media is not only a public watchdog that observes, comments and informs public discourse in a square of constitutional checks and balances. With the emergence of digital technologies the role of the media has evolved into that of a hybrid guardian that also sniffs with a digital nose.

Today, a free and independent media must fulfil the role of a watchdog by also being a sniffer dog, but it required the appropriate tools, not in the technological sense but in form of legal certainty. In this context, central elements of copyright law such as exceptions and limitations are crucial tools to ensure a proper functioning of the (digital) media as one of the main actors and institution to guarantee freedom of expression and the right to information. Therefore, copyright law if not properly designed can hamper one of the most essential functions of the media, that of a ‘public sniffer dog’. The relation in substantive copyright law between exclusive rights and permitted uses, particularly in a digital context, is equally important as procedural safeguards for freedom of expression in an online environment, some of which the MFA admittedly tries to address. A proper construction of copyright rules are central to shaping an online constitutional framework for access to information, science and culture and needs to be taken into account as a central element of any policy initiative with regard to media freedom.

The theoretical framework that allows for the construction of arguments can be found in the emerging field of digital constitutionalism. Important contributions have been made to define this emerging field theoretically,  and concrete contributions to develop the effects of digital constitutionalism on areas such online enforcement and the conceptualization of a right to research have been made. Particularly the latter research provides a methodological blueprint to argue for an inclusion of copyright aspects into the MFA, and a conceptual framework for rethinking existing copyright rules to enable and encourage journalistic activity in digital contexts and with enhanced digital tools. Furthermore, digital constitutionalism can provide arguments to facilitate the emergence of a new horizontal regulatory approach to frame sectorial EU legislations dealing with information (or data) access and reuse as well as the implementation of new regulatory institutions tasked to verify the effectiveness of fundamental rights online.

Therefore, respect for and protection of fundamental rights and other general principles of EU law in a digital context must also consider the importance of the media as information gatherers and processors in the rules that are European copyright law. Copyright law determines under which circumstances media can access and use accessible information to generate news and information, to make it better accessible and understandable. Copyright’s role must be one that supports and enables journalism and the media at large, but it also should not create restrictions or legal uncertainty which results in informatory chilling effects. Without an inclusion of some necessary reform to the current European copyright framework, the European Media Freedom Act will unfortunately miss its purpose to safeguard the media’s constitutional role as the Fourth Estate of Democracy.

Christophe Geiger and Bernd Justin Jütte, ‘Safeguarding the Constitutional Role of Media as Fourth Estate of Democracy: Copyright as a Regulatory Framework for Freedom of Expression and Access to Information Online’ (The Digital Constitutionalist, 17 January 2023). Available at: https://digi-con.org/safeguarding-the-constitutional-role-of-media-as-fourth-estate-of-democracy-copyright-as-a-regulatory-framework-for-freedom-of-expression-and-access-to-information-online/ 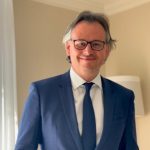 Christophe Geiger is Professor of Law at Luiss Guido Carli University, Rome. Previously, he taught at the Centre for International Intellectual Property Studies (CEIPI) of the University of Strasbourg (France), which he led as Director-General and Director of the Research Department for 11 years. 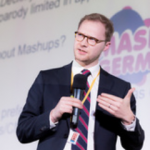