Reading Science Fiction to Read the Past

Imagine a world where every major city would provide you access to fast internet everywhere.

In the 21st century, that could be a phrase that does not need the word imagine and, for sure, would not certify for a science fiction (“Sci-Fi”) novel. Yet in 1984, William Gibson wrote his masterpiece Neuromancer, introducing the subgenre of Cyberpunk while giving a hint of the world we now live on, at a period where internet and computerization were just starting. Namely, a world interconnected by the internet with “mega-corporations” analyzing our data unprecedentedly. The most usual catchphrase of Sci-Fi fans is that of: this novel foresaw the future.  However, if we take, for example, Arthur Clarke’s attempt to predict how the world would be in 2019 in his fiction novel July 20, 2019: Life in the 21st Century, it is palpable that most of his predictions are not even close to our current reality. Additionally, 2022 does not resemble the 2022 of the movie Soylent Green -spoiler alert- of an overpopulated world with food shortages using an industrialized form of cannibalism to survive. Needless to say, that we never got invaded by aliens.

Then how does the reader benefits from Sci-Fi, besides the entertainment of space battles, if scientifically does not provide anything concrete?

The usual answer a Sci-Fi aficionado would give is the social dilemmas and moral problems science fiction poses upon the unchecked technological progress or speculating a possible dystopian future.

For a person claiming to be a historian, like myself, what remains is the political and social critique of the period these novels or movies were created. But instead of directly criticizing the already existing real structures of exploitation, conflict, social change, or technological progress, science fiction as a genre provides a critique based on how people are anxious, afraid, or rejoiced about the possible future. With this imagined future based on the prediction of how the social and political structures they were experiencing would evolve.

At the same time, in some cases, Sci-Fi provides an alternative paradigm of how the future should be or should not be. For example, the contrast between the Federation and the Klingons in Star Trek shows in a Manichean way the confrontation between a democratic, inclusive republic with an imperialist militarized empire. Thus, it becomes a political statement.

Sci-Fi, as every form of literature -and maybe everything in the world- has become a distinct academic discipline. In the same way, academics study renaissance art or romanticism in literature; Sci-Fi is treated as a specific cultural and artistic product, albeit without the prominence of other literature fields. My intention is not to write or analyze Sci-Fi as an academic historian but as a historian and a Sci-Fi aficionado. In any case, recent academic research has managed to historize Sci-Fi to a large extent.

What knowledge Sci-Fi provides me is not a passage or something to cite in my dissertation as a historical source proving something concrete, like a diplomatic policy. On the contrary, it reveals to me how these pop culture creations with political intentions were influenced or trying to influence public perceptions in the curse of the 20th century.

The big question I will try to answer improperly is why aliens are bad in Sci-Fi. The answer, to be adequate, would need several Ph.D. dissertations or books. Nevertheless, I will try to do a small exercise on history.

In 1871 Prussia invades France and wins the war by occupying Paris. Immediately after the war ended, a British officer in India wrote the first book titled The Battle of Dorking, introducing the invasion literature theme. George Chesney was anxious that the emergence of this new power -almost out of nowhere- with their weapon superiority would annul all the old Empires. So, his book narrated the story of a conscript experiencing the invasion of Britain by Prussia, which ultimately resulted in the dismantling of the British Empire.

Similar images and themes were used in the first widely published book narrating an alien invasion, The War of the Worlds by H.G. Wells. Although the narrative was the same, the aliens did not represent “Prussia”; instead, they were the British. H. G. Wells wanted to make a statement against British imperialism, not that much based on challenging colonialism itself, but on criticizing the violent methods of colonization employed by the British.

In his opening chapter, Wells claimed that we “should not criticize” the aliens for their violent methods as “us” -addressing the British- are no better if “we think about how we exterminated the aboriginals in Tasmania.”

The reason Wells chose aliens was mostly informed by his understanding of British society. At the turn of the century, Prussia did not become an enemy that would destroy the old Empires and Ottomans, or Austria-Hungary was not that powerful and threatening. Therefore, for the British was a bit unimaginable that a military force existed that potentially could conquer them. So, Wells imagined a military foe for the British with significant technological superiority that could challenge them. In a twisted way, aliens conquering Britain was more realistic than the unified Prussia. In that way, Wells was able to give a sense to the average British of how they were violently conquering other lands.

Jumping some years ahead in 1954, the alien invasion theme reconfigured to adjust the American society of the early Cold War era. In the Invasion of the Body snatchers, aliens did not declare war, use technology or confront the Us military forces. Instead, they tried to do something more devious. Aliens started secretly to replace the human population to conquer Earth in a way that would not provoke a confrontation but peaceful and sinister assimilation. This idea was reflecting the anti-communist paranoia of McCarthyism in the US. Allegedly, communists were infiltrating American society, controlling institutions with the sole goal of overthrowing US democracy. Strangely, a peaceful revolution was deemed more dangerous than an armed uprising, and that was reflected, albeit as criticism to McCarthyism, in the invasion-themed novels and films. The understandings of the Empire by the Cold War US dictated a new type of enemy, not technologically superior and able to confront the US army, on the contrary, superior in altering human civilization with undercover operations.

Going many years ahead again in 1996, it is evident how the end of the Cold War reshaped alien invasion movies with the release of Independence Day. This time, the aliens were blunt and just came to earth to destroy it. In the film, there is no sense that these aliens want to do something -like exploiting resources- besides attacking the US and losing. The movie represents adequately the confidence of US society after winning the Cold War providing us with one of the most American times in history. The president of the US, a Gulf War veteran, with the remnants of the US air force, at the end of the movie, launched a successful counterattack against the aliens. The cheesy part of the ending chapter is the fact that the counterattack happens on the 4th of July, transforming the national celebration day of the US into something global that all humanity would commemorate…

This sense of total victory of the US Empire did not last so long. To put an end to this post, I will finish with one of the most visually appealing films I have ever watched, Steven Spielberg’s War of the Worlds. After a century and something, Steven Spielberg presented the novel of H.G. Wells in modern terms. The scenario was placed in the contemporary US instead of Britain, and a significant deviation from the book is that humanity could not resist at all the alien’s brutal onslaught. In the original novel, the British army loses, but not before inflicting casualties to the aliens, whereas in the contemporary movie, the US army cannot even hit the surface of the tripod due to their shields.

However, the striking aspect of the movie is the human suffering provoked by an unexpected brutal invasion which reflects the shock of Americans of the 9/11 attack. At the beginning of the movie, after the aliens’ attack from the sky without notice, Tom Cruise was depicted returning to his home covered in dust. Although someone would argue that the alien attack in the movie has more resemblances of US attacks in the Middle East, the above-mentioned imagery draws many similarities from photos of 9/11.

Obviously, citing three novels and two films cannot accurately reveal the evolution of Sci-Fi in the 20th century in its totality (In my view, the movie Arrival signifies the start of a new understanding of alien life appropriate for the 21st century). After watching, playing, and reading countless Sci-Fi cultural products, I realized that Sci-Fi sometimes could work as a window that we can have a fast and worth taking look at the past. For sure, Sci-Fi was developed in the context of western colonialism and empire and informed by that. Especially, Sci-Fi creations up to the 1970s have been criticized for mostly representing the anxieties of loosely defined West losing its dominance over the world.

Nevertheless, what I find especially fascinating in the alien invasion theme is how human societies reflect their fear about the hostile other on earth on extraterrestrial beings. 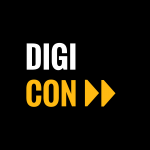