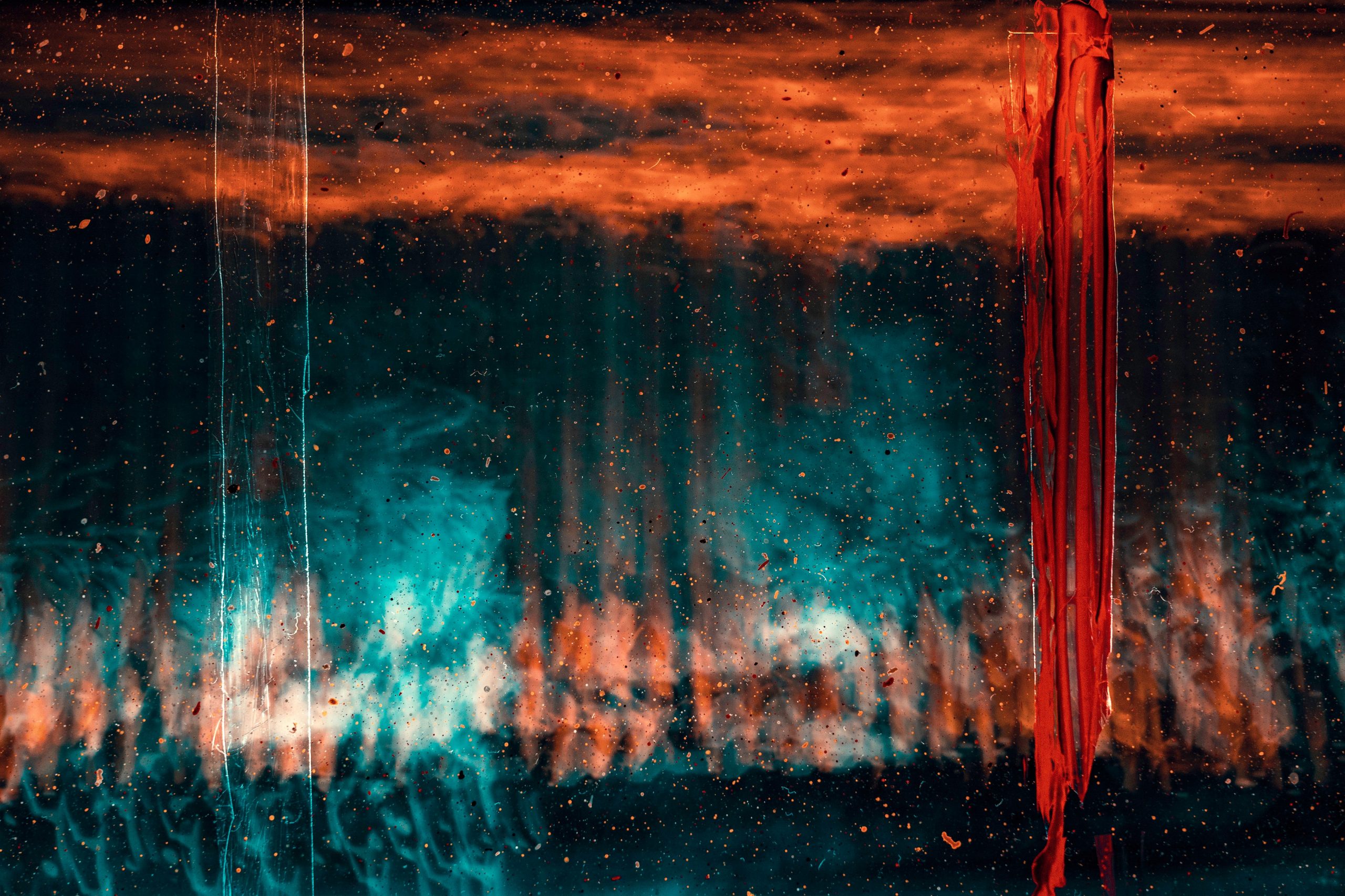 #7 Of Instigators and Consummators: How Should Law Respond to Technological Change?

In this #7 post of the Symposium ‘Hitchhikers Guide to Law & Tech’, we continue with structural questions of Law & Tech with Elina Nerantzi and Selçukhan Ünekbaş. In this piece, they both defend that the rapid pace of innovation and technological change is both a blessing and a curse. The challenges brought about by technological change should be met with corresponding adaptations in legal systems. However, the exact way in which this legal change should occur is less clear. Instead of a binary approach that strives to assert the superiority of regulatory norms over case-by-case adjudication, or vice-versa, the authors believe the answer lies in cooperation and conversation. Accordingly, both courts and legislatures have important roles to play, with courts as the instigators and parliaments acting as the consummators of legal change.

The digital regulation train seems to have taken off. Throughout the globe, economies large and small draw up legislative measures as we speak to “rein in big tech”. Their motivations entail a broad swath of public policy goals, such as promoting competition, protecting user privacy, ensuring digital sovereignty, and severing the link between economic and political power. While the construction, interpretation, and implementation of these mechanisms are areas in which debates will continue to flourish, at least one question seems mostly settled. When it comes to regulating technology, the question is not whether, but how, legislative rules will be drafted. However, is this really the best method to tackle the challenges propagated by technology? In particular, is legislation more suitable to accommodate technological change and keep the legal system up to date? Or, rather, should we look at courts and case-by-case adjudication to gradually polish our web of rules?

2. Both, but along a temporal spectrum

Instead of a binary answer to that question, we would like to introduce more nuance to the debate. Following in the footsteps of Guido Calabresi and Lyria Bennet-Moses, it seems more appropriate to frame the inquiry along a temporal spectrum. When technologies are first introduced, courts and case-by-case adjudication can act as laboratories in which questions and answers to technological challenges “brew”. As the depth of our knowledge grows regarding a particular technology, the thousand flowers bloomed within the judicial system can then be harvested into a legislative measure, taking along all the lessons learned to create a robust regime.

For Guido Calabresi, both courts and legislatures have an important role to play in adapting the law to changing conditions. However, legislative measures have an important disadvantage in responding to challenges raised by technology. In essence, statutes are more difficult to revise compared to case law. As a result, operating a “statutorified” legal system, whose primary source of law is comprised of statutes, means that rules may remain in existence, even when they do not necessarily fit the contemporary landscape. At the same time, it is not feasible to rely entirely on the courts either. After all, courts must overcome the challenges of the future, while keeping in mind the past, in the form of precedents. In this context, how can a balance between continuity and change, or certainty and flexibility, essential attributes of any legal system, be ensured? How can we ensure our laws do not suffer from legal obsolescence in the face of ever-accelerating technological development?

One proposal may unfold as delegating the authority to update the law to administrative agencies. Administrative agencies are relatively faster in responding to changes and boast significant expertise in their area. However, these ostensible advantages may also double as weaknesses. Administrative agencies do not always renovate their rules frequently enough, and when they do, their technocratic approach stands in contrast to a democratic process, damaging the legitimacy of the process. One only needs to take a look at the recent debacle the Federal Trade Commission is going through in the United States. A mere statement of intention to promulgate wider rules about unfair competitive practices sparked waves of debate.

A second proposal may materialize in the form of structural reforms that tilt the balance either toward common law or civil law. Countries can adopt revisions that could make the amendment and updating of timeworn statutes easier. This civil-law friendly approach could include less stringent rules of legislative adoption (e.g. qualified majority voting) or streamline procedural rules in parliaments. By contrast, a view that caters to common-law would instead introduce higher thresholds for legislative reform, paving the way for a legal transformation led by the judiciary.

Both proposals adopt a binary approach to legal change in the face of technological change. This is unnecessary and potentially self-defeating. The certainty-flexibility balance can be better established by constructing a “legislative-judicial line of conversation”. In this model, courts would carry the main burden of change by ensuring the law is not anachronistic. Here, one can easily liken the courts to nudging agents that instigate legal change against the backdrop of legislative inertia. In other words, at the first stage of the legal adaptation game, parliaments are silent, and it is incumbent upon the courts to disturb that silence. Once particular challenges brew for a sufficiently long time in the courts, accumulated experience and the prevalence of such challenges provide fertile grounds for legislative action. Put briefly, legal change against technology occurs through a “back-and-forth” between the legislative and the judiciary. Nevertheless, the courts can be said to have the first-mover advantage in this relationship.

4. One example of many

A contemporary example may help illustrate the method better. As a forerunner of growth, the gig economy presents a plethora of legal challenges, ranging from labor law-related concerns to antitrust and privacy issues. A particular difficulty with the gig economy was workers’ legal status, such as couriers and drivers (whether they should be classified as employees, self-employed persons, or a hybrid status). In a textbook example, the EU demonstrated robust judicial-legislative dialogue. After the Uber Spain ruling of the Court of Justice, which characterized Uber as a “transportation service”, the route was opened for every Member State to define the status of gig workers individually. As a result, more than 120 legal and administrative decisions were rendered in the Union. For instance, France adopted the definition “workers acquiring work through digital platforms”, whereas the UK Supreme Court eventually opted for classic employee status. Again, in France, gig workers were entitled to vocational training contributions and social insurance. For example, gig workers in Ireland were allowed to collectively bargain, strike, and unionize.

The above state of play lingered for around five years, during which time the accumulated judicial experience formed valuable insights for Union legislators. Based upon this body of knowledge, the Commission was able to formulate an informed opinion, which culminated in the introduction of three legislative proposals. These include the Directive on Platform Work (dealing with labor law issues), a Communication from the Commission (dealing with fairness, security, transparency, and legal certainty in gig work), and Commission Guidelines (dealing with the antitrust treatment of activities undertaken by gig workers). In our view, this approach represents an ideal way of approaching technological changes via law. All three proposals are under consideration in the legislative pipeline to become applicable law in the near future.

Of course, our proposal is not immune to criticism. For one thing, it forces legislators to determine at which point the judicial tea should stop brewing. There are several ways to overcome this problem. For example, legislators can start acting on the basis of technological diffusion. In other words, once a technology reaches a certain level of penetration in a given economy, legislative action may start taking an interest in what the judiciary has come up with. The evaluation of this criterion may be linked to a percentage of users calculated against the total population. We can observe a similar approach in the Digital Markets Act, which subjects undertakings to special rules if at least 10,000 business users depend on them. Another criticism may relate to democratic governance. Similar to a technocratic system of administrative rulemaking, relying on courts to do the heavy lifting in legal change may present legitimacy concerns. However, it is important to recall that the law, as a whole, represents society’s changing and conflicting views. Since judges are in the most suitable position to know the law, an initiation of legal change by the judiciary seems both sensible and legitimate. Furthermore, as elaborated, the method dictates that courts are entrusted only with laying the groundwork for legal change. The legislative wing and popular opinion can always overrule the courts and insist that change is, in reality, not necessary (or should be done in a different manner).

The rapid pace of innovation and technological change is both a blessing and a curse. The challenges brought about by technological change should be met with corresponding adaptations in our legal systems. However, the exact way in which this legal change should occur is less clear. Instead of a binary approach that strives to assert the superiority of regulatory norms over case-by-case adjudication, or vice-versa, we believe the answer lies in cooperation and conversation. Accordingly, both courts and legislatures have essential roles to play, with courts as the instigators and parliaments acting as the consummators of legal change. 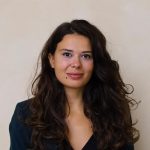 Elina Nerantzi is a PhD Researcher in Law at the European University Institute (EUI). In her PhD Project she tries to find out who (if any) should be held criminally liable for a crime committed by an autonomous Artificial Intelligence (AI) System. Elina has obtained her Master's Degree in Law (Magister Juris) from the University of Oxford and her bachelor's degree from the Law Faculty of the National and Kapodistrian University of Athens. 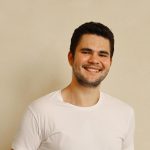 Selçukhan Ünekbaş is a PhD Researcher in Law at the European University Institute (EUI). In his doctoral research, he endeavors to formulate a more technological approach to European antitrust law and policy, focusing on the interactions between technological development and competition law. Selçukhan was trained as a lawyer in Turkey and Belgium, and his research was funded by the Turkish Ministry of Treasury and Finance, the Italian Ministry of Foreign Affairs, and the European Commission.