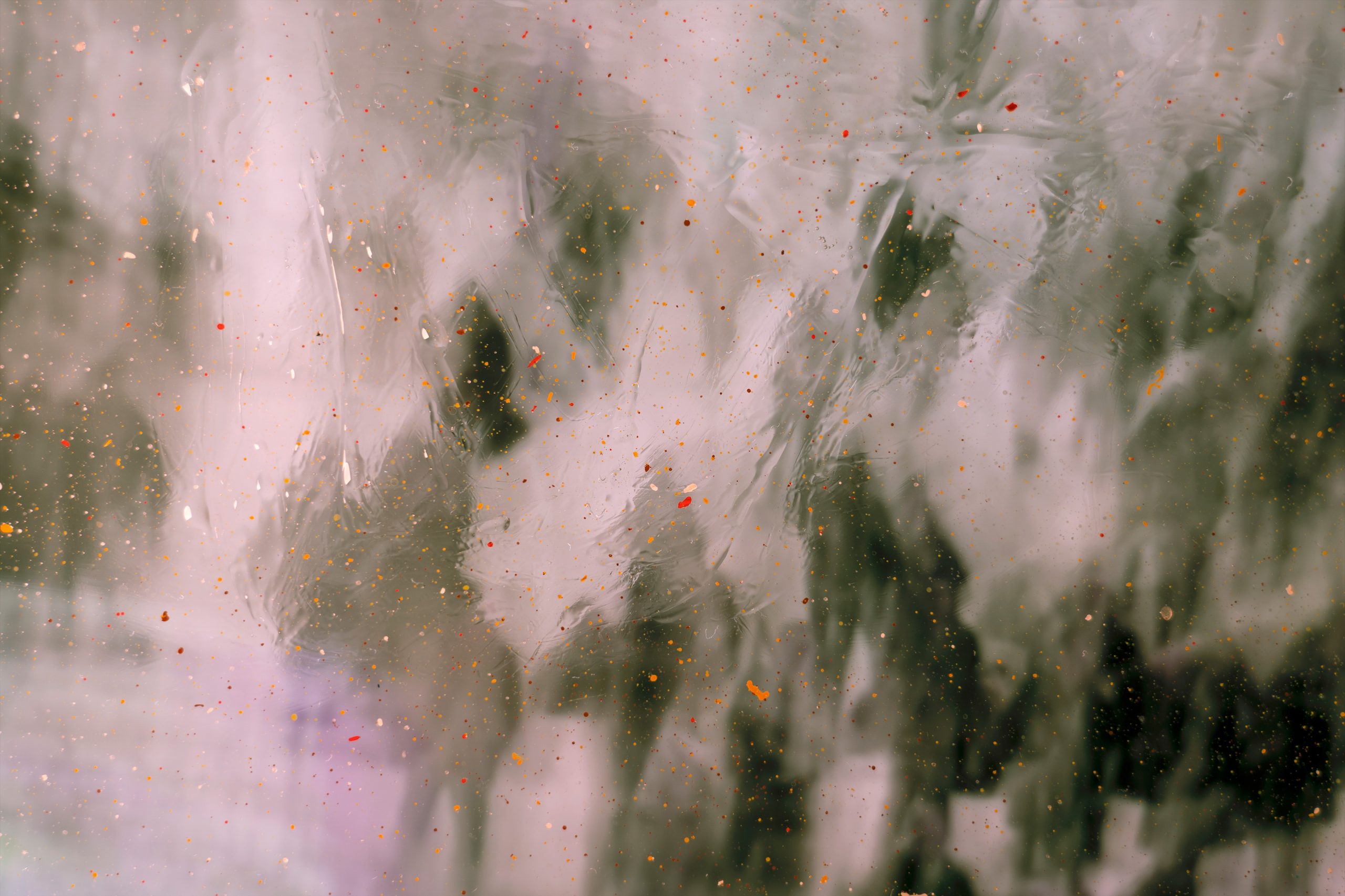 #6 Of Horses and Cyberspace

In this #6 post of the Symposium ‘Hitchhikers Guide to Law & Tech’, we return to the core questions of Law & Tech with Valerie Albus. In this post, Valerie revisits the famous debate between Frank H. Easterbrook and Lawrence Lessig on cyberlaw. More than 20 years later this debate remains an important point of reference to understand the competing understandings of cyberspace in the late 1990s and their corresponding ideas on how the Internet could and should be regulated. After presenting and evaluating the authors’ arguments from today’s perspective, Valerie concludes that cyberlaw has indeed – as predicted by Lawrence Lessig – succeeded to establish itself as an independent academic field. Nevertheless, some of Easterbrook’s observations and warnings remain valid today.

1. Introduction: What Was Cyberlaw?

The term cyberlaw refers to the rules and principles governing cyberspace. Reading this sentence in 2022, older readers of this blog might get flashbacks to the sound of a dial-up modem, whereas to younger ones it might evoke images of people sitting in front of massive CRT monitors. The reason for this is presumably that the term cyberlaw sounds somewhat outdated. As a matter of fact, its use has significantly decreased in the last 15 years and today the term information technology law (IT law) is much more common. Having said this, the era in which cyberlaw was a new, shiny and unexplored subject for lawyers remains important to understand the origins of this field and how it evolved over time.

The history of cyberlaw dates back to the 1990s. At the time, two scholarly questions dominated the discussion surrounding cyberspace: the descriptive question of whether cyberspace really was “anything new”, and the normative question of whether it should be regulated in the same manner as real space. The exchange between Judge Frank H. Easterbrook and Lawrence Lessig on Cyberspace and the Law of the Horse is emblematic of the academic debate at the time – and has since become mandatory reading for students in Law and Tech seminars.

Broadly speaking, their debate concerned the question whether cyberlaw constitutes an independent academic field, and the ancillary question of whether it should be taught in law schools. Aside from this, their debate has become a point of reference to illustrate the competing understandings of cyberspace in the late 1990s and their corresponding ideas on how the Internet could and should be regulated.

DigiCon’s symposium is an occasion to revisit this famous debate, evaluate whether the authors’ arguments stand the test of time and ultimately answer the question: What was cyberlaw and what has it become?

2. Frank H. Easterbrook: Cyberspace and the Law of the Horse

When asked to give a lecture on “Property in Cyberspace” at a symposium, Frank H. Easterbrook took advantage of this opportunity to argue against the isolation of the subject of cyberspace from general legal principles. His lecture was subsequently published as an article titled Cyberspace and the Law of the Horse in the University of Chicago Legal Forum in 1996.

According to Easterbrook, there is no more a law of cyberspace than there is a law of the horse.  As he explains, although there may be an abundance of cases dealing with horse racing, the sale of horses, and people getting kicked by horses, this does not mean that there necessarily is such a thing as the law of the horse. Indeed, unifying all cases that relate to horses under such a heading would entirely miss the point: the applicable law is not specific to horses but is made up of general principles deriving from fields like commercial law, property law and tort law.

Easterbrook considers that cyberlaw – much like the law of the horse – is not a subject in its own right, but merely a new field of application of existing principles developed for real space.

Indeed, he claims that most behaviour in cyberspace can be classified under existing property principles. His analysis notably focuses on how cyberspace, by reducing the effective cost of copying, creates new challenges for copyright law. In doing so, he frames the Internet as the continuation of a technological trend that started with Gutenberg’s mechanical printing press.

Easterbrook’s stance on regulation can be resumed in the following statement: “If you don’t know what is best, let people make their own arrangements.” He further cautions that by rushing to regulate evolving technology the legislator is likely to err and even risks deteriorating the situation for all actors involved. Instead of rethinking rights entirely, he recommends to carefully assess which features and basic principles of existing law work in cyberspace. Then, and only if absolutely necessary, clearer and more specific rights should be created in order to promote bargaining online. Finally, he argues in favour of creating bargaining institutions – like standards setting organisations for copying rules – in order to facilitate transactions and ultimately maximise total wealth.

3. Lawrence Lessig: The Law of the Horse: What Cyberlaw Might Teach

In response to the claims advanced by Easterbrook, Lawrence Lessig published an article titled The Law of the Horse: What Cyberlaw Might Teach in the Harvard Law Review in 1999. In his article, Lessig aims to demonstrate that cyberlaw can teach us new things about the role and limits of law as a regulator. He claims that cyberlaw allows us to draw conclusions about the law in general – and that therefore there is no reason to exclude it from the typical law school curriculum. His wider claim is indeed that some general knowledge about the law can only be generated by studying some of its specifics.

Lessig’s article explores four different modalities which regulate behaviour in cyberspace: the law, social norms, markets and architectures. He reflects on the interaction between these modalities and argues that there is a constant competition between them.

Using two case examples, Lessig shows that different regulatory challenges require using different regulatory tools. The first example concerns the protection of children from harmful online content and the second case relates to the protection of Internet users against surveillance. The common feature of his examples is that the protection of the values in question is more difficult in cyberspace than in real space. In the former case, the challenge is (the lack of) self-authentication of age whereas in the latter case it is the (relative) ease with which information about a person can be collected online as compared to in real space. In both cases, the architectural features of cyberspace interfere with the achievement of collective or individual goals. Lessig defines these architectural features as access conditions to different areas of cyberspace. The examples also serve to demonstrate that the choice of the right regulatory tool raises questions about values. Lessig stresses that code embeds certain values which may endorse public values or, conversely, displace them.

What can be done about this? Can the architecture of cyberspace be changed in order to make collective or individual goals achievable? Likewise, can public values be reinstated once they have been displaced by code? Lessig makes it plain that code can change, and that therefore the architecture of cyberspace can be modified. He thereby rejects the commonplace that the nature of cyberspace makes it immune to regulation. Reverting to his hypothesis about the competing modalities in cyberspace, Lessig demonstrates that each of them functions as a sovereign that is continually trying to overrule the others.

4. Concluding Remarks: What Has Cyberlaw Become?

When does technological change call for a change in the law? And how can online behaviour be regulated most effectively? The broader issues that are raised in the debate between Easterbrook and Lessig are questions that Law and Tech scholars continue to struggle with more than 20 years later.

In the meantime, a complex body of rules has emerged that is specific to cyberspace. Does this mean that cyberlaw (or IT law) can finally be considered an independent field? Most people would probably argue in the affirmative. With the emergence and increasing societal importance of areas like data protection, content moderation and e-commerce it is evident that cyberlaw has undergone a process of emancipation from the more “traditional” fields that it originated from.

It must be acknowledged that Lessig’s views on cyberlaw, as presented in his paper from 1999, are unquestionably closer to today’s dominant view. His article also remarkably touches on a host of issues that remain at the centre of academic debate today; one might mention decentralisation, the protection of public values in privatised systems and self-authentication as examples.

Easterbrook’s impact on Internet regulation certainly is much more modest. From today’s perspective it is simply absurd to reduce the Internet to a mere evolution of the printing press. Yet, some of Easterbrook’s observations stand the test of time. Certainly, his warning against rash legislation in the face of technological change remains valid. The same can be said about his wider argument about thinking law in context: if we think of law in increasingly narrow categories, we run the risk of being shallow in our analysis.

Finally, one might point out that the differences between Easterbrook and Lessig’s positions are not as marked as often pretended. Although their understandings of cyberspace differ, they both stress the importance of property rights and efficiency concepts for effective regulation. And indeed, neither of the authors promotes far-reaching regulation: whilst Easterbrook places strong emphasis on autonomy and the empowerment of actors online, Lessig stresses that his goal is merely to demonstrate the regulability of cyberspace rather than advocate for any particular regulation. 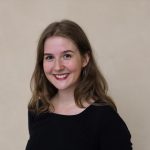 Valerie Albus is a PhD Researcher at the European University Institute (EUI). Her research focuses on the role of online service providers in criminal procedure. She also coordinates the EUI’s Digital Public Sphere working group which provides an interdisciplinary forum for discussing the use of data and technologies in public law.

[citationic]
Previous article
#5 The potential update on the protection of workers through the AI Act
Next article
Call for blog posts – Transparency in artificial intelligence systems?