The horrendous military activities of Russia in Ukraine have caused a severe backlash from tech giants. YouTube clamped down on Kremlin-backed channels for spreading war propaganda. Meta allowed its users to wish death to Russian armed forces. On top of that, Twitter is constantly policing tweets by Russian embassies denying the invasion. It is commendable that platforms have finally stepped up their game and taken a harsher stance against the injustices committed by Russia. But one can recall that just several months ago the relationship between digital giants and the Russian government was strikingly different. For more than a decade, Big Tech platforms have been taking down content criticising Russian authorities or Putin’s inner circle. What is more, in September 2021, two days prior to the infamous parliamentary elections in Russia, Apple and Google complied with a government-issued order and blocked the Smart Voting app, which contained tactical voting guidelines designed to support opposition candidates and resist the ruling party United Russia. While Putin’s spokesperson appreciated Apple’s and Google’s deference to local laws as the app contained allegedly illegal content and could open the door to foreign election interference, many regarded the move to disable access to the app as ‘a shameful act of political censorship’.

The controversial moves of tech giants in Russia are far from unique. Platforms often succumb to dubious government requests. Tech companies have previously deleted apps and banned opposition bloggers to appease China. As documented by Jillian C. York in her book ‘Silicon Values’, platforms also played no small part in stifling the uprisings across the Middle East and North Africa on government orders. It is ironic that powerful transnational business entities dubbed ‘the new governors‘ or ‘architects of public spaces’ often crumble under state pressure. Remarkably, though, this issue has received scant attention from scholars shaping the notion of digital constitutionalism. In this blogpost, I challenge two assumptions inherent to the doctrine of digital constitutionalism, namely that the rise of private power overshadows public power and that the growing influence of Big Tech is a threat to the constitutional order. I also argue that we as digital constitutionalists should strive to find innovative ways to empower platforms to stimulate the public debate and foster democratic action.

Why do states and tech giants team up to wipe out political content and restrain digital communications? Such controversial collaborations often stem from the legitimacy crisis. States may want to hinder the free flow of information to prevent the public from learning about government failures and joining forces to oppose unpopular policies. However, digitalisation has altered the vehicle of state coercion. In the online medium, it is private actors who maintain crucial technical infrastructure and therefore have exclusive capabilities to lay down restrictions on user-to-user communications. As a result, states often deputise tech giants to weed out materials that are unfavourable for their agenda. The events that preceded the blocking of the abovementioned Smart Voting app in Russia revealed one of the harshest forms of coercion: the government went as far as to threaten to press criminal charges against Apple’s and Google’s employees in the event of non-compliance. But coercion can also be exercised in the form of non-binding recommendations or implicit appeals, which also raises complex constitutional dilemmas. In any event, by choosing whether to comply with potentially illegitimate orders, platforms can either safeguard democratic values or aid in overthrowing them. In view of Big Tech’s pivotal role in the mechanism of government coercion, traditional avenues for restoring state accountability, including the Lockean ‘right of resistance’ or Thoreau’s ‘duty of civil disobedience’, is hardly fit for purpose. By standing between the government and civil society, tech giants hinder the efforts of the latter to oppose the former.

The peculiarity of the issue at hand calls for an original theoretical framework that would elucidate power imbalances between different actors in the digital realm. Digital constitutionalism, being one of the most prominent of such frameworks, was originally meant to elaborate limitations to the exercise of both private and public power in the online environment. However, recent academic works on the subject focus almost exclusively on the means of extending constitutional obligations to private actors and legitimising norms of private governance. At the same time, the instrumentalisation of platforms by states as well as the power of the former to resist the latter has been somewhat overlooked. The following sections deal with the two deep-rooted premises of digital constitutionalism that have arguably precluded a deeper exploration of the issues of state coercion in cyberspace.

As indicated above, scholarly debates on digital constitutionalism are mostly centred around the sweeping growth of Big Tech’s regulatory powers and their influence on the civic discourse. The keen academic interest in these issues is understandable. As the annual revenue of some tech giants exceeds states’ GDPs and their user base surpasses the total population of entire continents, it is reasonable to shift attention to the impact of tech giants’ activities on fundamental rights and democratic values. Notably, though, many scholars examine the rise of private power against the backdrop of the ‘twilight of the state‘. It is common to assume that tech giants have pushed states to the background and weakened their power to control electronic communications.

The principal focus on the surge of private power is presumably rooted in the fact that the debate on digital constitutionalism remains confined to the world’s major democracies, such as the US and the EU. Since states with a robust system of checks and balances rarely resort to coercive actions beyond constitutional boundaries, it may seem that tech giants have become the strongest force disrupting the rule of law. Yet, the generalised conclusion that public power is currently in decay seems unjustified. Many states still hold extensive powers to shut down internet access, block websites, and co-opt platforms to lay down restrictions on the entire digital infrastructure on their behalf. As a result, platforms frequently become mechanisms of expanding coercive practices of states in the online realm. Accordingly, Anita Gohdes convincingly argues that the advent of Big Tech helped states increase the toolbox which can be employed to restrict information online. Thus, the control over the privately-owned infrastructure could let states both reinforce and enhance coercion. For this reason, the assumption that the influence of tech giants outweighs the powers of states appears unsubstantiated.

Threat or opportunity? Constructing a reversed perspective on digital constitutionalism

Next to analysing the transition of power from public to private actors, digital constitutionalists typically examine the ways in which the increasing influence of private actors erodes traditional constitutional norms. The moves of platforms to set up their own oversight boards or de-platform prominent public figures make it compelling to explore how the rise of tech giants challenges the rule of law and fundamental rights, which have originally been devised to restrict public, not private power. However, the concern about the vital role of private actors in the digital landscape leads many scholars to regard private power as a threat to traditional constitutional provisions. At the same time, not many academic works aspire to find out not only how the principles of the rule of law can legitimise the regulation of platforms but also how platforms themselves can be instrumentalised to legitimise state authority.

The lack of attention to this issue could be attributed to a substantial degree of pessimism transcending many writings on the subject. Many researchers This sentiment is perfectly justified. While Mark Zuckerberg alleged in his 2018 Congressional testimony that Facebook helps people ‘stay connected to the people they love, make their voices heard, and build communities and businesses’, it is difficult to envision how these commitments can be fulfilled when Facebook (as well as many other platforms) persistently silences political activists and restricts access to content crucial for the civic discourse. Nonetheless, we should not disregard the role of tech giants in supporting democratic action. For example, social media platforms played a vital role during the Arab Spring and 2019 Hong Kong protests. The ‘reversed’ approach could help us look at Big Tech’s expanding authority in a different light: the rise of ‘tech goliaths’ could be a way to uphold democratic principles and the rule of law. After all, the commitment ‘to avoid or minimize the impact of government restrictions on freedom of expression’ is foreseen in the GNI Principles aimed at advancing human rights in the ICT industry. Moreover, history has already seen admirable acts of ‘platform disobedience’. In 2016, for example, Apple bravely rejected the FBI’s request to build a ‘backdoor’ into its iPhones following the San Bernardino terrorist attack. In February 2021, a remarkable clash also occurred between Twitter and the Indian government that tried to force the platform to remove materials covering or endorsing the farmers’ protests. Despite the enormous pressure, Twitter retained accounts of journalists and activists covering the said events. These positive examples show that the growing influence of tech giants can and should be leveraged for upholding the rule of law and constitutional principles.

Undoubtedly, the lack of adequate platform accountability—a problem that underpins the prevalent thought of digital constitutionalism—and the issue of state coercion in cyberspace are tightly interconnected. For instance, as reported by the Washington Post in late October 2021, Mark Zuckerberg made a personal decision to censor posts criticising Vietnam’s ruling Communist Party in order to avoid getting knocked offline. The efforts of digital constitutionalism to extend constitutional constraints to private actors would therefore simultaneously make platforms less susceptible to unlawful state coercion. Nevertheless, I argue that the pressing need to legitimise the conduct of platforms should not distract us from the ongoing battle for the legitimisation of state authority. Combining these goals would allow us to both curb the power of tech giants and utilise it as a democratising force.

Big Tech’s response to the war in Ukraine is an admirable act of solidarity and resistance. However, one should not forget that platforms still tend to bend to the demands of states and take down content essential for the public debate. The co-optation of tech giants by states seeking to push forward their agenda is detrimental to the constitutional order and the rule of law. It not only undermines the efforts of political activists and civil society but also runs contrary to the well-known prophecy that the advent of the internet would promote fundamental rights and freedoms. The practice shows that the rise of Big Tech does not lead to the decline of coercive powers of states in the online medium. Moreover, the growing regulatory influence of global platforms should be regarded not only as a threat to the constitutional order but also as a means of reinforcing it in the face of state coercion. I therefore advocate extending the limits of digital constitutionalism by reflecting on how tech giants could help safeguard democratic principles and enhance state accountability. 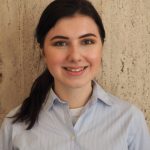 Valentina Golunova is a PhD researcher at the Department of International and European Law of Maastricht University and part of the research project ‘The Transformative Effects of Globalisation in Law’.