This post is part of our special Call for Blog Posts “The Global Landscape of Digital Rights”.

During the first stages of Internet regulation, Brazil, alongside fellow developing countries, positioned itself along the lines of a sovereigntist approach toward developing communication services. On the other hand, the United States and the European Union argued for a narrow understanding of what Internet governance should entail—following, at the time, a cyberlibertarian tradition that promoted self-regulation, bottom-up coordination, and the view of governance as encompassing only the Internet’s technical infrastructure. Brazil and other members of the G20 (e.g., China, South Africa, and India) argued for a broader definition according to which governance should include, beyond the Internet’s technical elements, issues such as illegal content and cybersecurity (Flonk et al. 2020).

The sovereigntist approach adopted by Brazil in these first stages of Internet governance had a spillover effect on the internal regulatory debates surrounding the Brazilian Internet Bill of Rights (Marco Civil da Internet or MCI). The drafting of the bill far exceeded the parliamentary venues in which the legislation was first formally proposed, taking advantage of web 2.0 features that allowed for an extremely open, public, and multistakeholder consultation process.

Spearheaded by the Ministry of Justice and the Centre for Technology and Society at Fundação Getúlio Vargas in 2009, the establishment of a digital platform to discuss a civil framework for the Internet was a reaction to legislative proposals that aimed to regulate cyberspace with a criminal law rationale, exceedingly curtailing freedom of expression and the exponential development of digital technologies (Affonso Souza et al. 2017).

Following the crowdsourced drafting procedure, the Marco Civil gained traction in Congress in 2013 when President Dilma Rousseff elected Internet regulation and privacy as one of her government’s responses to the Snowden revelations (Archegas et al. 2022). In conjunction with ICANN, the Brazilian government also organised the NETMundial conference in 2014, which aimed at establishing the foundational principles of Internet governance, such as the rights to freedom of expression and association, privacy, accessibility, and freedom of information, access and development.

The Marco Civil was signed into law by President Dilma at the opening ceremony of the event, with a generalist approach designed to cover the entire Internet ecosystem, tackling issues as diverse as freedom of expression, net neutrality, data protection, intermediary liability, and connectivity.

As relevant as the digital rights upheld by the legislation, the Marco Civil showcases the efficiency of the multistakeholder model in regulating inherently polycentric issues, promoting, thus, a collaborative relationship between technical, private, and public actors that should work together to reach a solution that better fits their specific necessities.

This approach continued to impact further legislative efforts concerning digital technologies in the country. The deliberation and promulgation of the Brazilian General Data Protection Law (Law 13.709/2018), for example, followed an open and multistakeholder procedure. Similarly, after a rushed deliberation in the Senate, the “fake news bill” (Projeto de Lei 2630/2020) has been subjected to open deliberations in the Chamber of Deputies, with significant modifications to its text being made ever since. This trend also had an impact more recently on the legislative debates around the Brazilian AI bill (Projeto de Lei 21/2020), which, after being summarily approved by the lower house of Congress, is now benefiting from a more open and diverse debate in the Senate (Conceição et al. 2022).

One of the cornerstones of the Marco Civil is article 19, which creates a safe harbour for digital intermediaries in Brazil, albeit through a system of ‘conditional liability’ (MacKinnon et al. 2015). It states that “in order to ensure freedom of expression and to prevent censorship, the provider of Internet applications can only be liable for civil damages arising out of content generated by third parties if it does not act, after a specific court order, within the framework and technical limits of its services and timely mentioned, to make the content identified as infringing unavailable”.

However, over the past few years, safe harbour provisions, either with broad or conditional immunities, have come under strict scrutiny by different sectors of society. Some call this the movement “techlash”, and it gained momentum right after major digital platforms, especially social media companies, became vessels of disinformation and hate speech (Smith 2018). A broad and all-encompassing immunity from liability meant that public authorities, mainly courts, did not have much legal room to manoeuvre and force platforms to change their behaviour.

But this was (and still is) perceived differently by the two sides of the political spectrum. In Brazil, the political right that backs Bolsonaro perceives content moderation as a form of unjustified censorship, endangering their freedom of expression. On the other hand, the political left, alongside supporters of the current constitutional paradigm, argues that platforms should power up their moderation practices to counter hate speech and disinformation, entrusting platforms with a particular role regarding the rule of law and democracy (Barroso 2022).

The country’s national politics have steered right since Bolsonaro took office in 2019. Bolsonaro is accused of using digital technologies to spread disinformation and smear the reputation of his opponents (including not only politicians but journalists and academics), a practice that has been perceived since his presidential campaign in 2018 (Machado et al. 2019). Given the intricacy of his computational propaganda techniques, prominent journalist Patrícia Campos Mello uses the term “hate machine” to refer to the digital infrastructure founded and operated by Bolsonaro and close aides, which has as its backbone thousands of WhatsApp and Telegram groups (Mello 2020).

As some experts in Brazil have been calling it, this is an example of “techno-authoritarianism”: when digital technologies are misused to promote the erosion of democracy and the concentration of executive power (Gross et al. 2020; Kemeny 2020). For autocrats, however, safe harbour provisions are obstacles to be neutralised. Because these provisions indirectly authorise platforms to create and enforce their own terms of service or community standards, they also empower platforms to moderate content within a “self-regulation framework” and curb hate speech and disinformation.

Fearing for his “hate machine” and backed by the conservative narrative that “content moderation is censorship”, Bolsonaro unilaterally signed a provisional executive measure in September of 2021 to consolidate a list of situations where platforms would be legally authorized to moderate content (Medida Provisória n. 1.068/2021). Any moderation outside the list—such as moderating some instances of hate speech and disinformation in general—would be met with administrative sanctions to be implemented by the Bolsonaro government.

The executive measure disregarded the debates held in the Chamber of Deputies concerning the regulation of content moderation under the so-called “fake news bill”. The bill has been under debate in Congress since 2020, with discussions starting from a legislative attempt to curb disinformation in the Brazilian social media landscape. Now, however, the bill touches on several different issues such as social media governance in general, use of social media platforms by electoral candidates, algorithmic transparency, and accountability and transparency in content moderation.

Thus, more than perceiving content moderation simply as censorship, the Bill undertakes the difficult (and at times impossible) task of responding to the expectations and needs of the Brazilian civil society vis-à-vis social media platform’s rules and principles, which have a significant impact on freedom of expression online, specifically considering the use of digital platforms in the electoral context by political leaders.

Considering these legislative deliberations, the Senate refused to put Bolsonaro’s provisional measure to a vote. Bolsonaro then explored different legal avenues to push forward the original text of the measure, the last being a draft bill that is still under consideration in Congress during the writing of this blog post. It should be stressed that meddling with safe harbour provisions is no ordinary business when it comes to the protection of digital rights. In fact, it places an important sector of Internet governance under significant stress and, therefore, should be preceded by an open and multistakeholder approach instead of a top-down regulatory framework. After all, immunity from civil liability is known for protecting free speech online while promoting innovation, which, in turn, fosters a safe environment for other digital rights (Lemos et al. 2022).

A diminished safe harbour provision is not inherently a threat to digital rights but must be contextualised in the specific socio-political reality of different jurisdictions. In Brazil, as in many other countries that have experienced an authoritarian turn, citizens rely heavily on the Internet to exercise their most fundamental rights and resist democratic backsliding. As such, adopting a European human-rights approach to content moderation and safe harbour provisions does not necessarily grant substantial protections to Brazilian users, as it allows a sovereigntist approach that may be coupled with an authoritarian constituted power.

A decisive (and divisive) year for digital rights in Brazil

The menace of a diminished safe harbour provision in Brazil inevitably bled into the electoral arena as the nation faces one of the most consequential and polarised presidential elections in October of 2022. Several proposals backed by the government in Congress have tried (but ultimately failed) to create specific protections for candidates against legitimate content moderation decisions by social media platforms. These proposals have a clear goal: shielding Bolsonaro and his friends from a Trump-style “deplatformization”.

Like his US political role model, Bolsonaro is advancing a false narrative that the Brazilian electoral system is rigged and that, if he loses in October, his supporters should not accept the results. Fortunately, the attempts to change the framework established by the Marco Civil around article 19 have been repelled so far. Even if some of them are approved in the next few months, they will have no impact on this year’s election due to the constitutional principle of “electoral anteriority”. Nonetheless, the authoritarian challenge to digital rights in Brazil lives on and may lose or gain traction depending on who will be president next year. This context is especially worrisome given that President Bolsonaro is misusing digital technologies to advance his political agenda at the expense of democracy in Brazil and accusing social media platforms of censoring his speech online while he works to undermine trust in the electoral system. Marco Civil’s safe harbour provision proved to be an important check on his ambitions, and political authorities must resist calls to alter it without broad multistakeholder engagement and participation—or risk fraying other digital rights along the way. 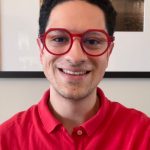 Senior research associate at ITS Rio

Senior research associate at ITS Rio and law professor at FAE Law School. 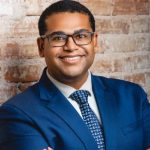